You might recall that the fake P9 camera samples were discovered by way of the EXIF data that a Google+ post retained. This time around, we didn't need any EXIF data - we got an actual image of the supposed camera sample being shot with a DSLR instead of the Nova 3 that we should be seeing. This since-deleted photo was published less than 24 hours ago on the Instagram account of Sarah Elshamy, the actress featured in this Huawei Mobile Egypt marketing campaign. 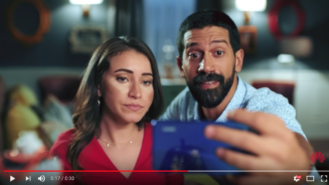 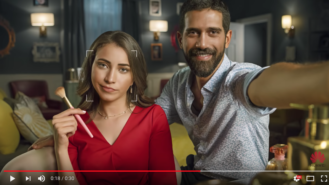 In the 30-second ad, one of the scenes features a man trying to get his significant other, played by Elshamy, to take a selfie with him on his Nova 3. In spite of Elshamy's character wanting to throw makeup on before the photo, the man snaps a photo and is shocked when his Nova 3's beauty AI feature makes it look like she has a full face of makeup already done. Pretty impressive, right? 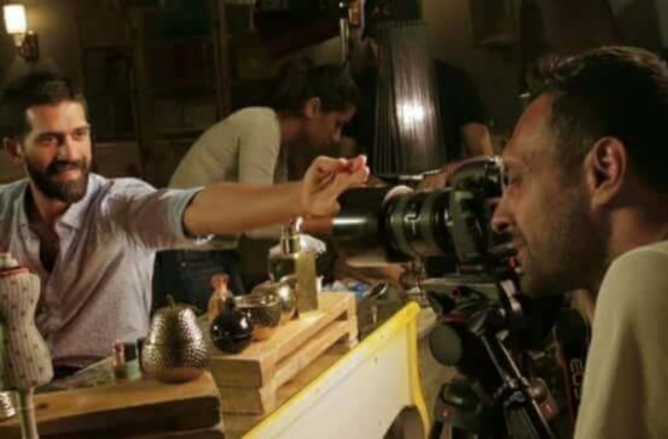 You can tell that he's extensively practiced his selfie-taking.

This isn't a bad idea in theory, and it probably would have gone unnoticed, even if there is a ton of airbrushing going on in the ad's "camera sample," had it not been for an unfortunate lapse in judgment by Elshamy. In one of several behind-the-scenes photos posted on her Instagram account, we can plainly see that the man is in an arm-extended selfie position holding... well, nothing. Instead of the shiny blue Nova 3 that we see in his hand in the ad, there's a fancy DSLR on a tripod in plain sight at a position clearly meant to mimic where the phone should be. There are three other such scenes throughout the ad, and we'd be very surprised if a DSLR wasn't used for those as well.

We're sure that there will be droves of comments saying things along the lines of, "Huawei never explicitly said it was shot on the Nova 3," or, "If you believe any of these advertising camera samples are real, you're an idiot." But the reality of the matter is that the general public - the main audience for this ad - will absolutely think that the Nova 3 is capable of such feats, and this could very well be the deciding factor for many to go out and buy one. This was clearly meant to be misleading, and the fact that Huawei was attempting to demonstrate a feature of the Nova 3, not just the image quality, makes this even more deceptive.

For now, we await Huawei's response to this. If we get one, we're expecting the statement to be pretty similar to the one given after the P9 debacle, which went as follows:

It has recently been highlighted that an image posted to our social channels was not shot on the Huawei P9. The photo, which was professionally taken while filming a Huawei P9 advert, was shared to inspire our community. We recognise though that we should have been clearer with the captions for this image. It was never our intention to mislead. We apologise for this and we have removed the image.

Of course, that'll all be a bunch of PR gibberish. What they'll really mean is, "We're sorry we got caught and now have to issue an apology."

Huawei issued the following statement to us about the incident.

The purpose of this advertisement is to demonstrate how consumers can use the features of the HUAWEI nova 3 and nova 3i. As stated in the disclaimer at the end of the video, the product shots are for reference only.

While Huawei is technically, kind of - but not really - right, we all know the ad was disingenuous in spirit, and Huawei should probably just own up and say "sorry."