Both Google Phone and Google Contacts had Material redesigns earlier this month. As such, people began speculating that Android Messages would also soon be revamped, and now it's happened. On top of the redesign, version 3.5 of Android Messages also brings a long-awaited dark mode. 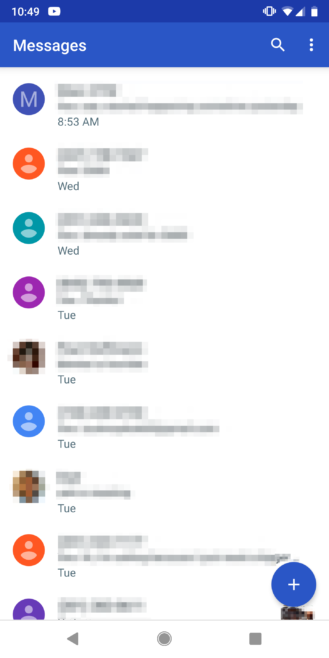 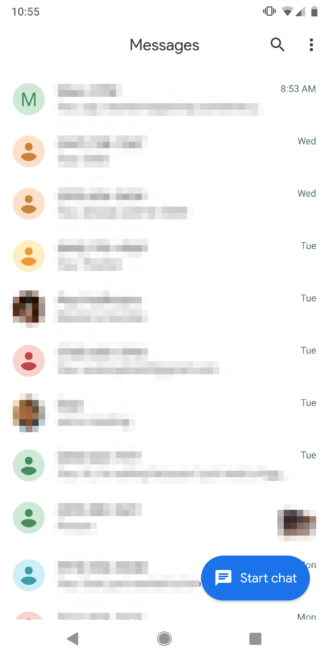 My first thought when seeing this new interface was that it resembles Samsung's messaging app quite strongly, with the all-white background and pastel colors for contact photos. Nevertheless, it definitely modernizes things. For whatever reason, Google replaced the '+' FAB with a larger one including a new icon and 'Start chat' text. The lighter blue matches what we've been seeing in the Phone and Contacts redesigns. You'll also notice that the times are now right-aligned, which makes things a bit easier to parse. 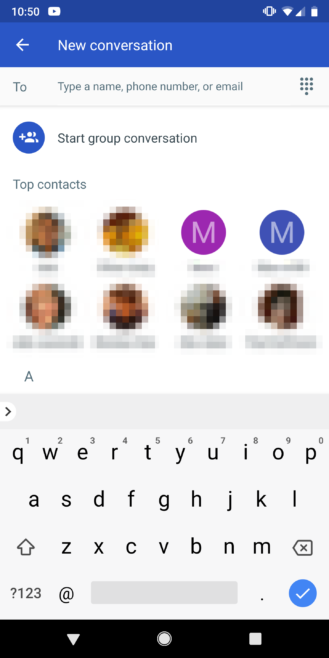 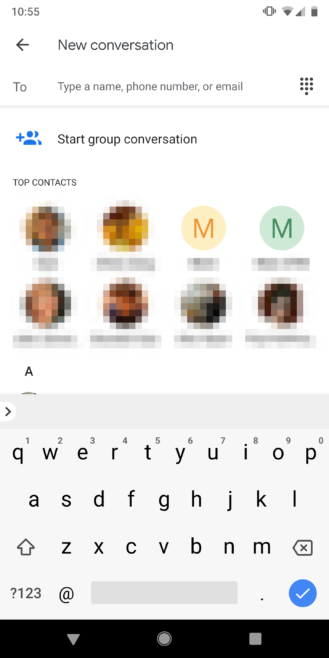 When you hit the new 'Start chat' button, you'll notice that the interface has only slightly been tweaked here. The blue fill for the top and the icon to the left of 'Start group conversation' has been removed, but aside from Product Sans being used for 'New conversation' and the capitalization of the 'Top contacts' text, things are mostly the same. 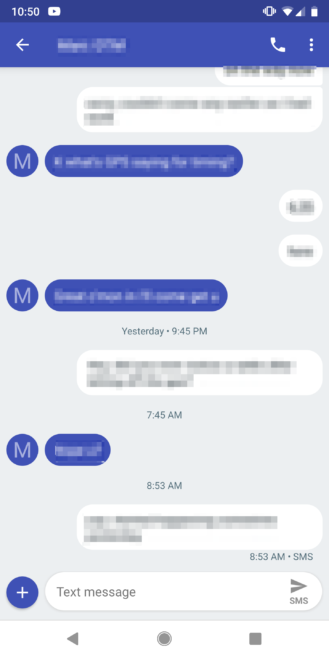 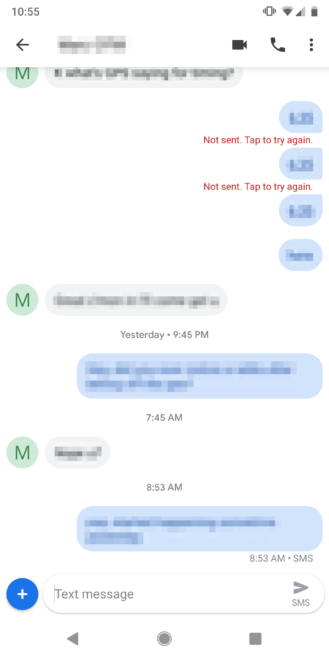 In conversations, the colors have been inverted. Whereas the messages of the recipient would previously be colored, your own messages will now always be a light blue. Annoyingly, your text will be a darker blue, which isn't great-looking in my opinion. Again, Product Sans is used. Custom colors for different conversations are gone, which many of you will surely be displeased with. 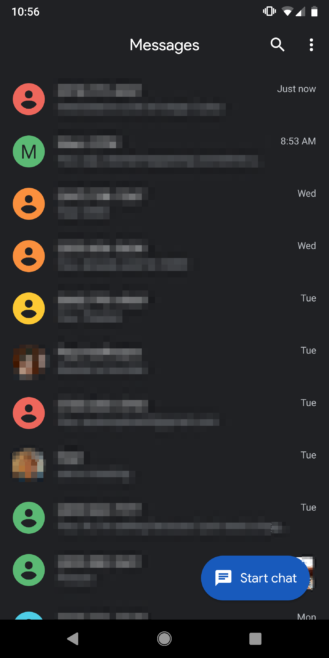 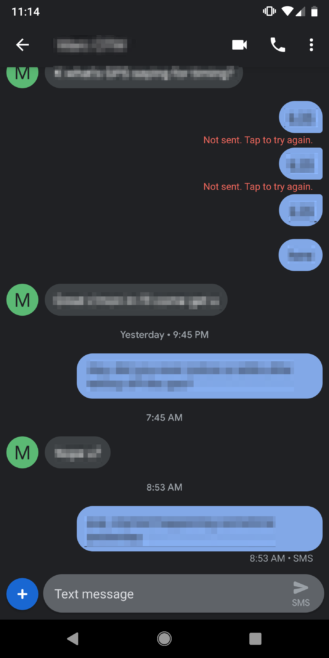 Dark mode is finally here. As you might expect, it makes everything dark - but not quite black. A toggle for it has been added to the three-dot menu on the top right, and it changes your message font from blue to black.

If you haven't yet received the update, don't worry; we've got the Android Messages v3.5 APK available for download APK Mirror. The change may not occur straight away, but it showed up for me after a reboot. (Update: As many of you have said, a force close of Android Messages will suffice to get the updated UI to show up.)

For whatever reason, Google has seemingly decided to pull the update (which was server-based) for everyone. We're not sure why as there didn't seem to be any major issues with it, but people have tried clearing data, wiping cache, force closing, and uninstalling, all to no avail. Thanks to everyone who sent this in.

There is a known issue if you are using the new @Google Messages app and set it to Dark Mode and if you have @Nova_Launcher's Night Mode set to Follow System or Auto that when you enable Dark Mode in Google Messages, it puts Nova launcher into Night Mode. (1 of 3) pic.twitter.com/lXjGZNy6jC

This behavior seems to be the culprit; I'd noticed that Twitter and Pulse kept launching in dark mode for me. Hopefully Google fixes it sooner than later, because a lot of you are already missing the new UI.

It's back again. This time it's v3.5.052 that enables it. All you need to do to flip the switch for yourself is download the new version, force close the app, and reopen it.