With the ultra-affordable Google Home Mini and Echo Dot often on sale for as little as $30, it's no surprise that sales of smart speakers have gone through the roof over the past 12 months. The global market saw year-on-year growth of 187% in Q2, with total shipments increasing from 5.8 million in 2017 to a staggering 16.8 million for the same period in 2018. Google's lead from Q1 has been retained — it sold 5.4 million Home devices in the second quarter. 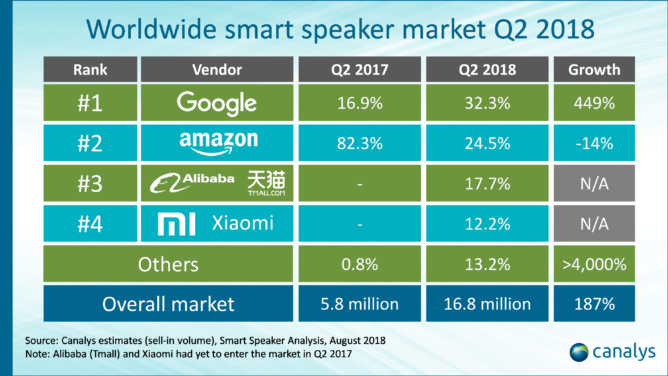 This time last year, Amazon held a healthy lead in the space with 82.3% of sales against Google's 16.9%. While Echo devices now only make up 24.5% (4.1 million) of the market, Google has doubled its share (32.3%). According to the report from data firm Canalys, both companies rely heavily on increasing US demand for smart speakers, but improving availability in Europe and Asia has also been an important factor. 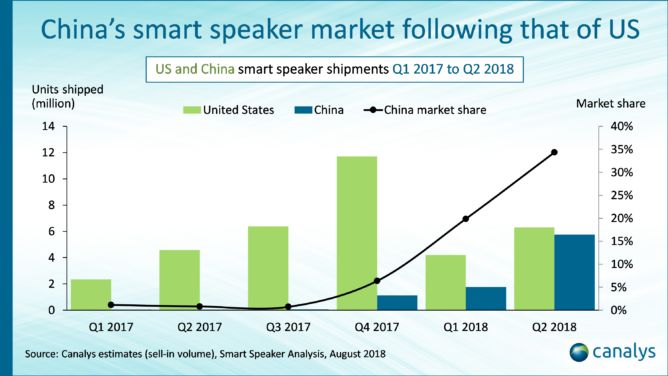 China was responsible for 52% of the total growth, with Alibaba and Xiaomi now third and fourth in overall shipments, respectively. They account for 90% of the market in a country where sales of smart speakers were almost non-existent a year ago. We can expect to see China overtake the US in total marketshare in the near future — another good reason for Google's renewed focus on rolling out its services in the region.

Google is working on native hearing aid support for Android