Even though Inbox by Gmail has always been a testing ground for Google's main email client, many users now prefer it — myself included. It was already dismaying to see the removal of certain snooze options (place and someday) in June, but now it looks like the 'Save to Inbox' sharing option on Android has been axed as well.

'Save to Inbox' in it all its former glory.

Since the 1.76.207204234 update from a couple of days ago, users have been leaving Play Store reviews complaining that the feature is no longer available when you share a link on Android. According to a Googler who posted a response to this query on the help forum, "this is a new change to the workflow." This help page makes no reference to it, either. That means it's unlikely to return unless Google reverses the decision (like it might be doing with the 'Someday' snooze option).

Now, when you tap the Inbox icon in the Android sharing menu, you get taken straight to an email with the link ready to send. You can still send it to yourself and then add it to your 'Saved' bundle, but it's a lot more long-winded when you probably just need a quick way of preserving something for later. If you copy a link manually and then head to Inbox, the link saving floating action button (FAB) is still there (see image below), but pressing it again takes you to an email with your link imported. 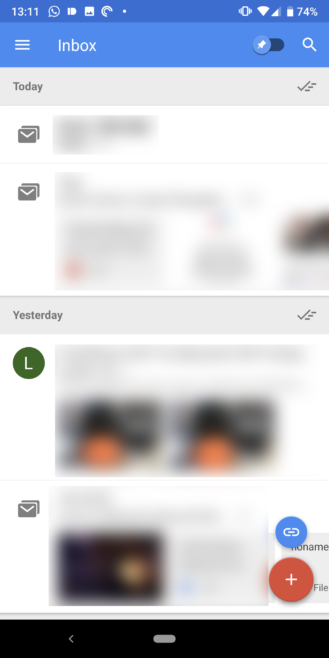 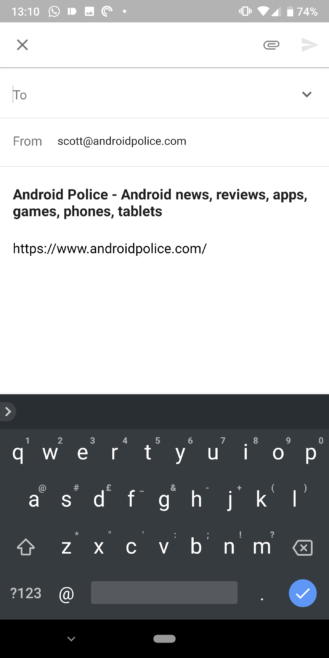 Either through the FAB or sharing menu, I still end up with just an email.

It's unclear why Google has removed 'Save to Inbox' on Android — perhaps it thinks the functionality isn't very popular, or that it confuses some users. For the time being, it's still possible on desktop via the Inbox Chrome extension, and the FAB method works there as well. There's no telling whether Google will also remove those options in the near future.

Gmail's recent redesign came with a couple of features from Inbox, snoozing included, but we still expected Inbox to keep going strong. That seems less certain now with more features being taken away than new ones being added. If I may address you directly: Please don't do this, Google — I'm not ready to go back to Gmail just yet.

The Inbox Chrome extension now seems to have disappeared from the Web Store, rather ominously.

Google is working on native hearing aid support for Android