Twitter has a long and complicated relationship with the app developers who connect to its platform. As far back as 2011, Twitter said devs should avoid making apps that feature the same functionality as its own clients, and the now-infamous token limit came along in 2012. After temporarily pausing the rollout of new APIs earlier this year, Twitter is now moving ahead.

According to Twitter, it's just trying to provide the best tools, and it never intended for features like the streaming APIs to exist for this long. The new Account Activity API will replace those features starting today, but it comes with rather extreme fees. Developers are looking at $2,899 for every 250 users per month if they want to use the Account Activity API. In a leaked internal email, Twitter management is less diplomatic. Twitter says the legacy APIs are betas that need to die, but "less than 1% of Twitter developers" will miss them. It frames this as a necessary decision at a time when Twitter is "facing technical and business constraints." 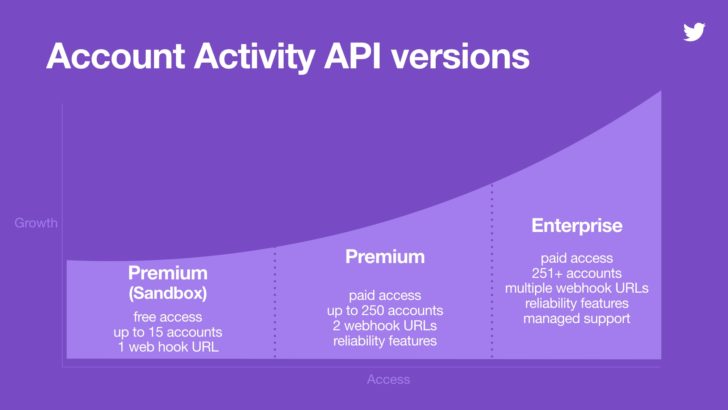 Luckily, basic Twitter functionality on Android should be mostly unaffected. Live streaming or push notifications won't work without the streaming APIs, but many apps get around that with periodic background refreshing or capturing notifications from the official Twitter app. This move could have a much more damaging impact on the iOS side of the fence, though. Regardless, some apps are going to have issues, and fewer capabilities are available to developers going forward.