Anyone who's used Google search recently will know how many different cards that have been implemented as of late. Google is now taking this a step further by including automatically generated expandable tabs that elaborate on different aspects of searches with comparisons, such as "quartz vs granite." 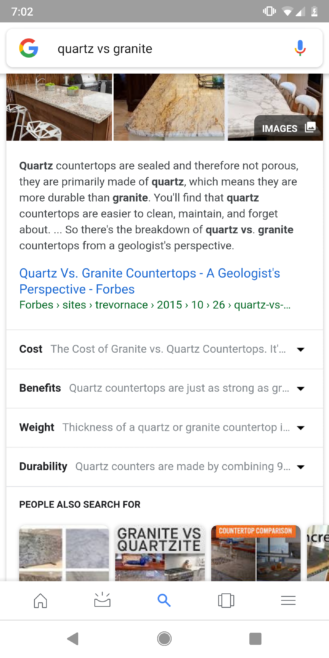 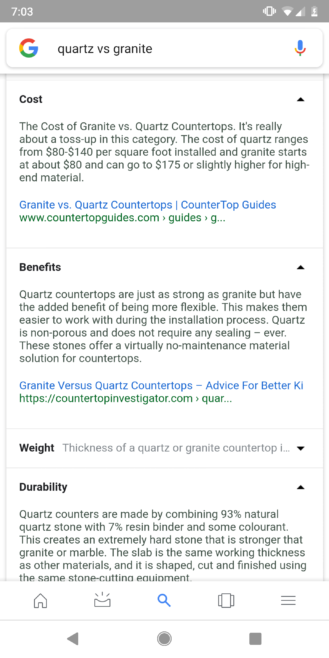 We'll go with this "quartz vs granite" comparison not just because it's the one Google mentions, but also because it's the only one I can currently get to demonstrate this new feature. For this query, Google shows four tabs: cost, benefits, weight, and durability. Expand each, and you'll see a couple of sentences going into detail on each characteristic. They seem to do a good job of making sure that each category mentions both quartz and granite. Each subtopic also has its own source, which you can tap to read more about.

As stated previously, the "quartz vs granite" query is the only one I tried that could get these tabs to show. Google says that these will roll out over the next few days, which hopefully means that we'll be seeing more of them. This is a good idea in theory, but whether or not they're viable is anyone's guess given that they're all computer-generated.