What do you call a copy of a copy? The Moto P30, if new leaks are any indication.

A wealth of images and specifications for the Moto P30 have emerged via Chinese social media platform Weibo, publication Androidpure, and through the company's own channels (some reportedly by mistake). All show what appears to be a pretty clear-cut copy of Huawei's P20 and P20 Pro, which itself borrows many of its design elements from Apple's iPhone X.

It's got a notch, a vertical dual-camera setup on the rear, and even appears to come in a color-shifting 'Aurora' variant. If that weren't enough, the press shots show a wallpaper of bright colors melding together with a soft, out-of-focus look reminiscent of the iPhone X.

But beyond mimicking Huawei and Apple, the device also looks quite similar to the Lenovo Z5, which launched in China in June and is not available in North America. 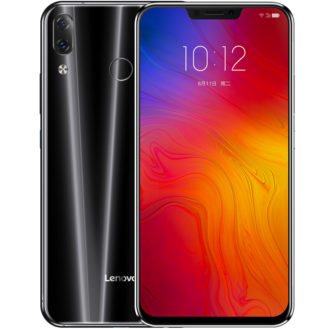 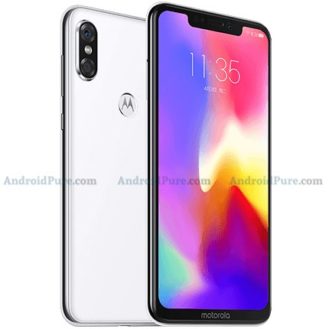 Like the Z5, it has a rear fingerprint sensor. It also features Motorola branding on a small chin at the base of display.

According to this leaked info, and backed up by other sites that spotted official listings and Weibo posts, the device offers a 6.2-inch fullscreen 19:9 aspect ratio 2.5D display, 6GB of RAM, and an octa-core processor — the jury's still out on which exactly, though various Snapdragons are being tossed around in the rumor mill. Internal storage options are tipped to be 64GB or 128GB. 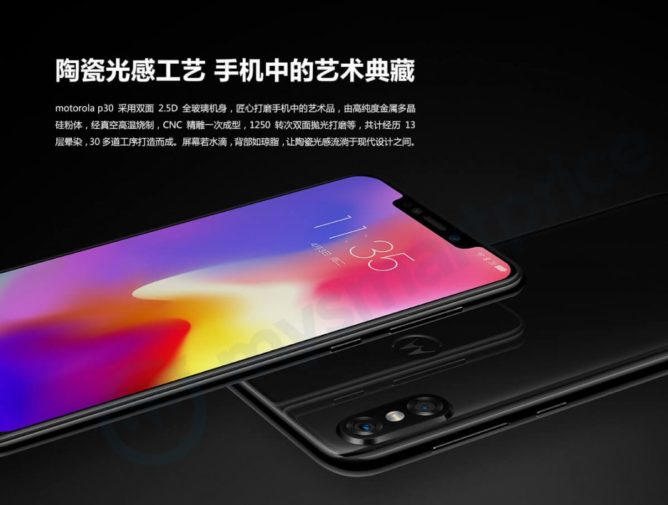 On the front, there's a 12-megapixel camera also with a f/1.8 aperture. There's also a rumored 3,000mAh power source, though one teaser by Motorola ahead of its August 15th event showed a 5,000mAh battery. 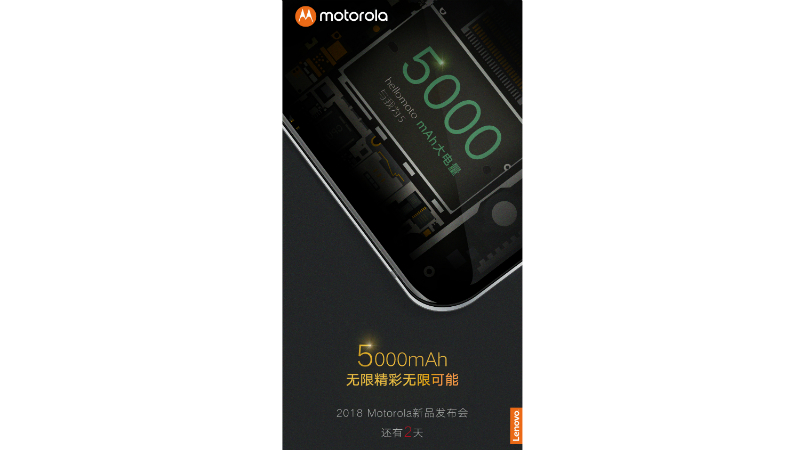 Since there's a big Motorola event planned in China tomorrow, it seems likely Motorola will use the P30 to challenge Huawei in one of the P20-maker's strongest markets. Early product listings suggest Moto's phone may come out alongside P30 Note and P30 Play sibling devices.

As things stand, there's no indication whether or not this P20/iPhone X clone will arrive in other markets. That decision may only come after Motorola and parent company Lenovo have a chance to evaluate the popularity of its new (but far from original) device.

And, as always the case with leaks (especially from lesser-known sources), it's important to take these with a grain of salt until the reveal — though thankfully, it doesn't seem we'll have to wait long.