A new version of Duo is making the rounds with some interesting changes both on the surface and behind the scenes. There are some visual tweaks that bring a slightly updated look to Duo, and an option was removed from settings. Sadly, it looks like screen sharing may be dead for the foreseeable future. And if you're interested in scoring some rewards in trade for signing friends up to Duo, you'll have something to look forward to. 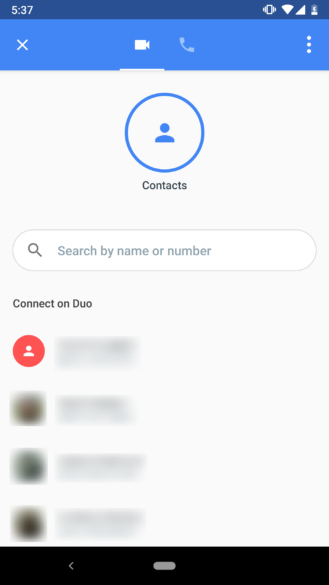 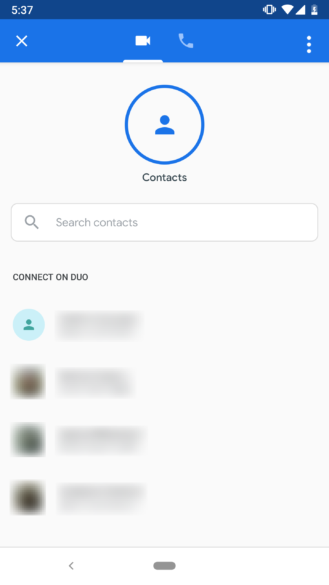 Last week saw updates to the Phone and Contacts apps, bringing refreshed Material Theme styles to both. While the changes aren't quite as dramatic, they can be seen in the new version of Duo. The title bar has been allowed to keep its color (for now), but the pill-shaped search field has been turned into a rounded rectangle, and contacts without pictures are now drawn with the now standard pastel color palette. The system navigation bar also went white. 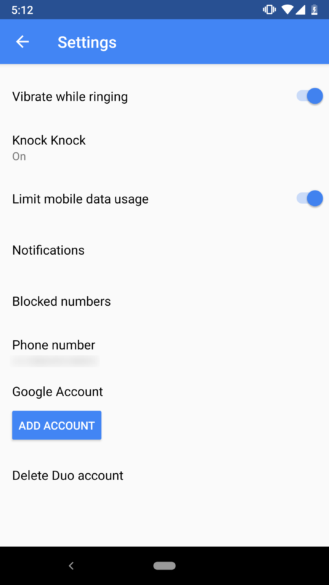 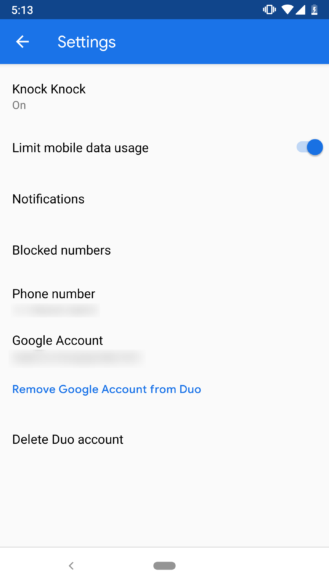 Google has a long history of removing features that aren't in use, and that's likely what has happened here. After updating, you'll no longer see an option in Settings to toggle 'vibrate while ringing.' While the option has disappeared, it doesn't mean the effect has – incoming calls still cause your phone to vibrate, there's just no option to turn that off anymore. Since the setting was enabled by default, and most people probably wouldn't have turned it off, this probably won't impact very many people.

Screen sharing may not be coming back

Screen sharing may have been one of the single greatest features Duo could have added, but it looks like it may have been cancelled. After several months of development, screen sharing experienced a failed launch back in May. The feature was quickly disabled remotely, but after a few versions had gone by, it still had not reappeared.

It's certainly possible this is a temporary move while development continues in the background, but it's not looking good.

The v37 update to Duo came with a few lines of text that demonstrated there was a plan to introduce a reward system for successfully inviting friends to join. With the latest update, there's now enough information to fill in some of the details.

It appears that there are actually two types of rewards, likely depending on the circumstances. The first form rewards can come in is a data credit with a user's carrier. Basically, Google will cover the cost for some amount of your data usage with your carrier. Both MB and GB are shown as units of measure, so there may be different offers planned with different carriers, or perhaps all offers are in MB and the GB is there in case users amass quite a few referrals.

The second reward type is even more interesting. Google will also offer to pay out real money through Tez for accumulating referrals. In case you're not familiar, Tez is a payment service designed specifically for India, though it may expand to other markets in the future. The money can be withdrawn, sent to other Tez users, or used to pay some bills.

The actual amount of the rewards will be filled in once the referral system goes live, and it could obviously be changed along the way. Being that the method of paying out money is linked to Tez, that reward is clearly India-only, at least for now. The data rewards may target other parts of the world, but there's no way to be sure yet. Let us know if Duo begins offering anything to you for getting your friends to sign up.

[Update: Appears to be resolved] Gear devices broken on Pie for some, Samsung says it's working ...