With the release of the Fire TV Cube in June, Amazon also debuted a more minimalistic interface for Alexa. The new UI has been exclusive to the Cube up to now, but the version 5.2.6.6 update for Fire TV and Fire TV Stick devices brings them in line with their square-sided sibling. 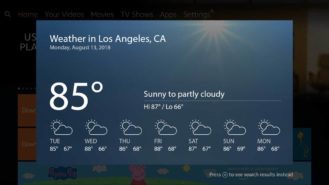 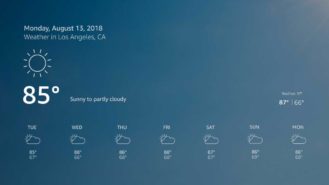 As reported by AFTVnews, Alexa actions that are compatible with visual accompaniments have been refreshed. For example, asking for a weather update (above) or requesting cinema listings near you (below) now come with a much cleaner on-screen interface. The ability to scroll through results by asking Alexa to do so has also been added — before you had to use a button on the remote. 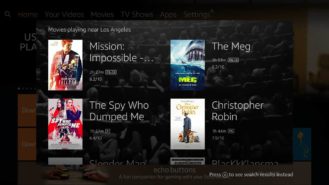 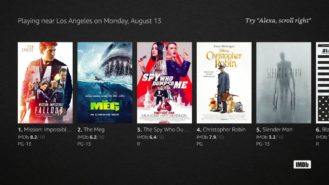 Playing music is also more interactive as you can now ask to see a list of song options from a certain artist or genre. The update has arrived for the first and second generation models of the Fire TV and Fire TV Stick, as well as Fire TV Edition television sets. Feature parity now exists for Alexa on all Fire TV devices from Amazon, although other improvements from Fire OS 6 aren't coming to older hardware. One other change in the update is a new prompt when connecting an unrecognized ADB device.

Inbox v1.76 may be bringing back the 'Someday' snooze option [APK Teardown]

Opinion: Android 9 Pie's Digital Wellbeing has too little data and too many options, but that ...