As the specs show, this is more of a low- to mid-range Chromebook. The screen is a non-touch 768p affair, and the chipset is a dual-core Celeron with no active cooling. However, 4GB of RAM and 32GB of storage are par for the course, and the battery size is about average. 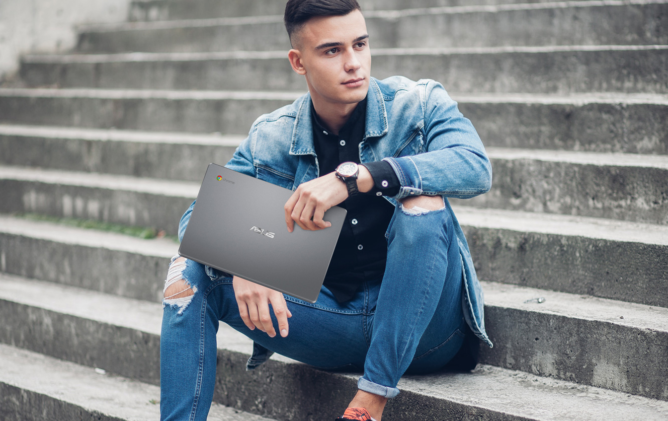 Someone at ASUS is a real pro at Photoshop and a huge fan of denim.

ASUS touts up to 10 hours on that battery, which is decent enough. The keyboard is said to be able to repel 66cc of liquid, which is nice, I guess. Of course, it'll also have Google Play Store support. 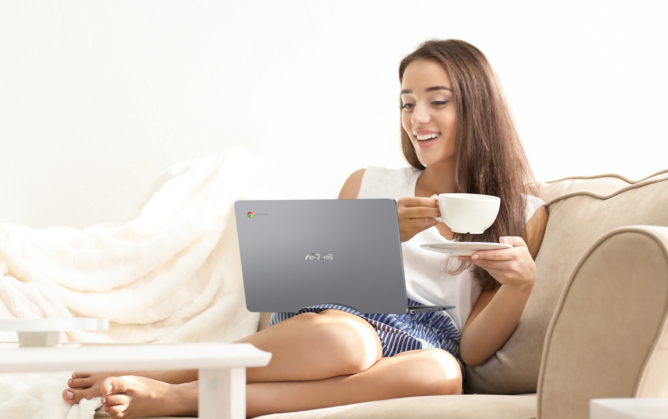 Is taking actual photos of the product that difficult?

There's no word on a formal launch date or pricing on this yet from ASUS, but XDA says that we should expect a €320 (~$375 USD) price tag for the base model for those in Europe. We're not sure if it's headed anywhere else.

Inbox v1.76 may be bringing back the 'Someday' snooze option [APK Teardown]