Like most social networks, Facebook has a fake news problem. The company has been trying to fight misinformation on its platform, and popular Facebook pages are a major source of that. Facebook has announced a series of changes coming to pages, with the goal of improving security and transparency.

"We’re [...] adding a section called People Who Manage This Page," Facebook said, "which will surface the primary country locations Pages are managed from, initially appearing on Pages with a large US audience." Facebook will also now display when a page was merged with another page. 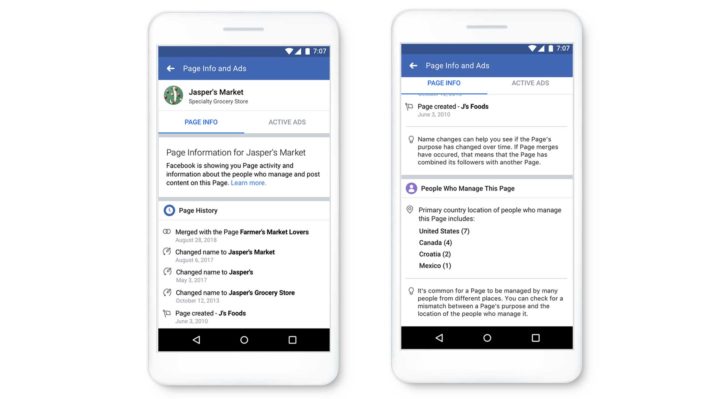 For pages with a large U.S. audience, managers will have to complete an authorization process in order to make posts. The process should only take a few minutes, and involves enabling two-factor authentication and confirming the manager's country. "Instagram will introduce similar features which will allow people to see more information about accounts with large audiences," Facebook said.

[Hands-on] Fortnite for Android, the most frustrating version to play yet