Smartwatches have always been a tough sell for me. In theory, I like the idea of having access to maps, weather, notifications, and fitness data right on my wrist – and who wouldn't? But with bulky cases, embarrassingly low battery life, and unintuitive interfaces, using one has long felt like a chore. While I'd love to live life on the bleeding edge, the polish just hasn't been there, and time after time (no pun intended) I'd find myself returning to really basic dumbwatches – ones that do little more than tell the time, but weigh next to nothing and have batteries that last for years. After getting to know the Samsung Galaxy Watch today, I still think we're a long way off from tackling all these issues, but if everything Samsung's trying pans out, the Galaxy Watch might just convince me to give smartwatches another chance.

Sadly, both Galaxy Watch models are still too thick for my tastes. There are those watch-wearers who will actively seek out chunky options, but at about 13mm thick each, these are still a bit fatter than where I'd like them to be. We're not in hockey-puck territory, but neither is this a great improvement over past smartwatch designs.

But there is a silver lining here, and the good news is that even though the watches are a tad chunky, Samsung's not letting that space go to waste, cramming in some of its biggest batteries ever. While the Gear S3 offered a 380mAh battery, and last year's Gear Sport an even smaller 300mAh cell, the 46mm Galaxy Watch bumps battery capacity up to a big 472mAh. 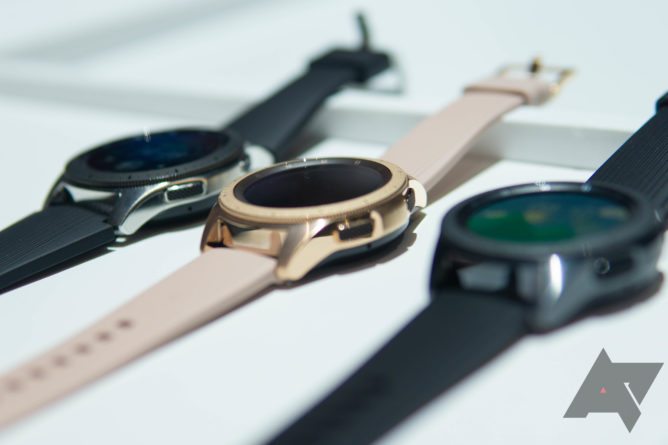 That right there has the potential to be huge, and combined with the lowered power consumption of the Galaxy Watch's silicon, Samsung insists we're looking at usage times for even the heaviest users that stretch across several days.

I'm not one to buy into manufacturer claims on face value (and neither should you), and I'm absolutely going to want to see some real-world tests before I pass judgment on the Galaxy Watch, but if what Samsung's saying is even close to true, I could easily see myself picking one of these up. The reps I spoke with reported that casual users could get up to 6 to 7 days of operation on a single charge. Sure, that's nice, but what about those of use who actually want to use their smartwatches for more than just checking the time? Again, take this with a grain of salt until the hardware's actually available for independent testing, but I'm told that even the most demanding smartwatch users could see 2 to 3 days of use on a charge.

For someone who starts to go into cold sweats when his smartwatch battery drops below 25% and it's still early in the evening, that could be an absolute godsend. Even the 42mm Galaxy Watch with its smaller 270mAh battery should get heavy users through the day without sweating. 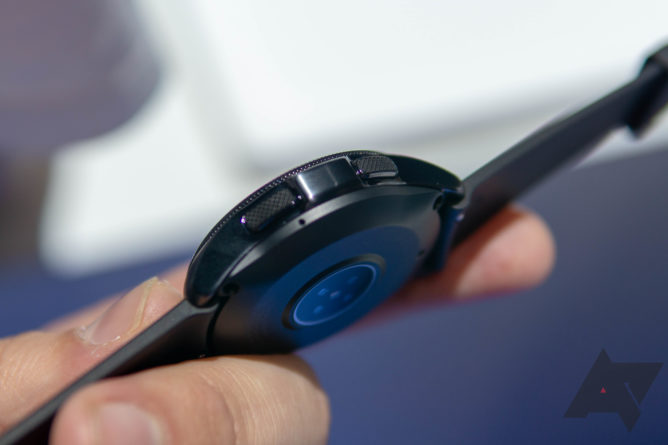 Honestly, killer battery life alone could make me a Galaxy Watch fan, but the rest of the improvements also have me interested: a more sensitive heart-rate monitor, significantly enhanced water resistance, and some smart software features. And never having owned a Gear model before, I'm itching to spend more time with that oh-so-satisfying clicky bezel ring.

So please, Samsung, don't let me down here. I really want to forget about frequent smartwatch charging, even with the convenience of your fancy new dual-device wireless dock. Having to constantly monitor my usage just absolutely sucks the joy out of wearing a smartwatch, and if you've really solved this problem, I'm going to be one very happy camper.

List of every Android device that will support the 'Fortnite' beta