Taking the genre to the next level, FOX TV's FNGenius will be broadcast live on the channel during the 2018 Teen Choice Awards on August 12. So even if you're not playing along with the app, you can still watch it just like any regular TV game show. Apart from that, the premise seems much the same as HQ Trivia, with a pot of cash ready to be shared between those who get a certain number of questions right. One of the screenshots alludes to a prize fund of $25,000, but that may just be a placeholder and not representative of what we can expect.

While HQ Trivia took a while to figure out how it wanted to monetize its app, FOX's route appears clear from the outset. The "Powered By Twix" message at the bottom of some screens means we'll be getting in-game advertising from the start, and there will surely be commercial breaks either side to line up with the live TV show.

Details on the Play Store listing are scant, other than stating that the first FNGenius game will take place during the 2018 Teen Choice Awards, which runs from 8-10pm on August 12. Presumably, you'll be given some warning during the ceremony so those who've not yet downloaded the app can get involved. I'm not able to install it here in the UK, so it's likely US-only for now. 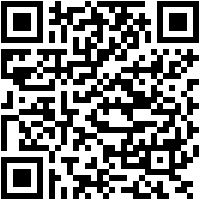