The new chip integrates Qualcomm's Kryo 360 CPU, Spectra ISP, AI Engine, and X12 LTE modem. As expected from any new silicon release, Qualcomm is promising performance improvements across the board. With the Hexagon 685 DSP, the SD 670 offers the same "always-on, always-sensing" capabilities seen in higher-end products. It should be able to handle AI operations up to 1.8x better than its predecessor. 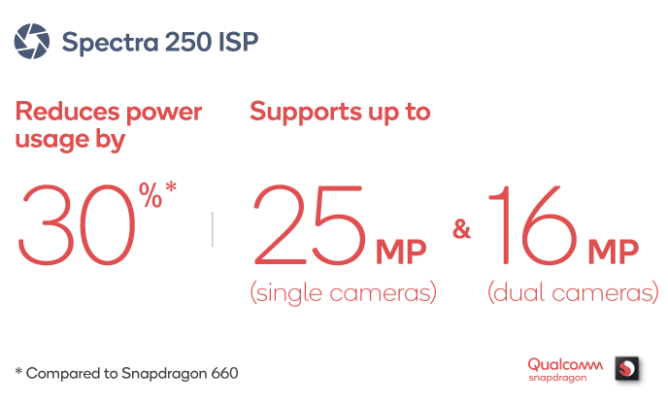 Two performance cores clocking in at up to 2.0GHz and six efficiency cores up to 1.7GHz make for 15% higher performance than the SD 660. The Spectra 250 ISP allows for more advanced camera features, and Ultra HD video recording using 30% less power is now supported. 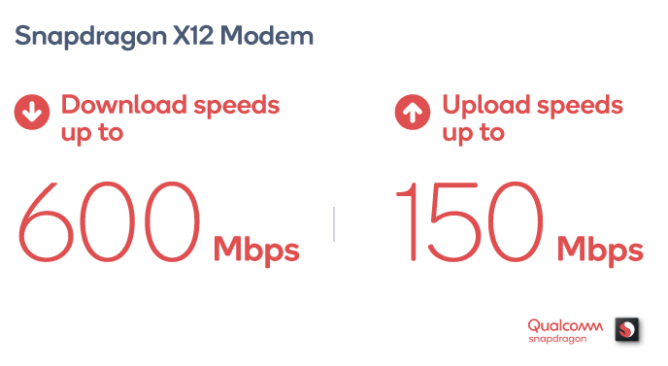 Download and upload speeds up to 600 and 150 Mbps, respectively, are made possible by the Snapdragon X12 LTE Modem, which can also intelligently toggle between mobile data and WiFi for the best connection or even use both together on supported devices. The SD 670 mobile platform is already available to OEMs, so we can expect to see upper mid-range phones shipping with it later in the year.