As we all know by now, Google's implementation of gesture navigation is pretty lackluster. Given that it still takes up the same amount of space as the regular nav bar, it doesn't have any real benefits and just makes things confusing. You'll probably be disappointed to hear that the Pixel 3 and Pixel 3 XL will ship with gesture navigation, and there won't be an option to use the standard three-button layout that's been part of Android for years.

Android Central spoke with EK Chung, the UX Lead & Manager for Pixel & Android Mobile at Google. There's a lot of good stuff in there, so check the source link to see the full interview, but one tidbit really stood out to us.

While Pixel devices that are updated from Oreo will still see their three-button navigation by default with an option to switch to gestures, future Google phones (and any other manufacturer that wants it) will ship with only gesture navigation.

In other words, while phones that shipped with Oreo or below will still have the current three-button navigation by default and the gesture nav as an option, upcoming Google phones (including the Pixel 3 line) will only ship with gesture navigation. Chung's reasoning for this is that the three-button layout confuses people who haven't used Android before, and that gesture nav is more intuitive for new users. In a study conducted by Google, people reportedly loved the ability to scrub between apps, saying it was "super-useful, super-fast, easy to use and powerful."

That's all well and good, but we still don't see why Google can't include the three-button navigation as an option in the Pixel 3 and Pixel 3 XL. Sure, make the gestures standard if you believe new users will become more easily acclimated to them, but at least leave the option for the three-button layout we've been using since the Galaxy Nexus's introduction in 2011. 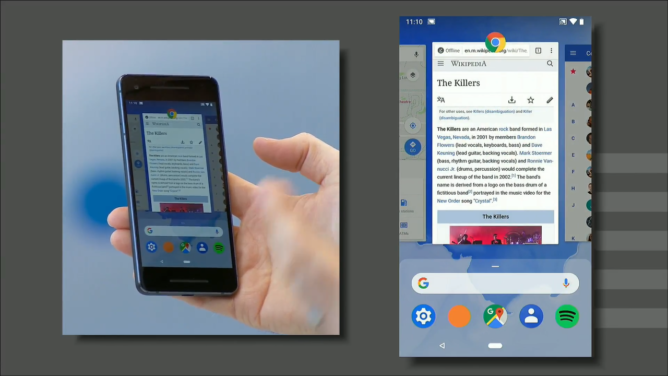 What makes the decision even more confusing is that navigation won't be standardized across all manufacturers. Companies other than Google will still be able to ship Android Pie phones with the three-button layout or, in the case of companies like OnePlus and Motorola, even their own gesture nav setup.

Yes, it's possible that Google will improve its gesture navigation for the Pixel 3. We can see why it would want to make it the default for future phones. But at least leave us the option to use the navigation setup we've been using for the past seven years.

Android Central has updated its post's wording and added a note saying that Google did not explicitly confirm that three-button navigation would be removed entirely on its future phones, only that gesture nav would be the default. We can cease panicking, at least for now.