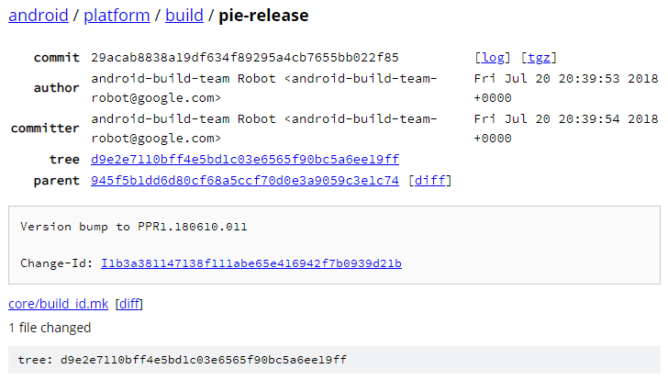 Following tradition, the relevant new branches are titled pie-release and pie-dev. Device-specific repositories for Pie don't seem to have been released just yet. Marlin and Taimen are both still sitting on DP5, though presumably not much will have changed since then.

I'm no developer, myself (which also means I only really understood about 10% of what I just wrote in the way that Android developers might), but I'm still excited for the final version of Android P to hit AOSP. The Android fan in me is happy to see if developers can dig up any hot new details from the source, while the ROM-using consumer inside is impatient to see some delicious Pie-based ROMs land in the future.