AR Stickers launched with a handful of sticker packs, all of which were included in the main app's download. Over time, however, Google kept making each pack separate apps that you'd have to download to use, leaving 'Star Wars' and 'Stranger Things' as the only pre-installed ones. Now, Google has spun those two off as well, reducing the AR Stickers app size from 65MB to just 8.5MB.

There were initially five sticker packs: 'Star Wars,' 'Stranger Things,' 'Foodmoji,' 'Blocks,' and 'Text.' A separate 'Winter Sports' pack was added in a February update, in which 'Blocks' was removed and made its own pack. In April, 'Foodmoji' and 'Text' were also taken out of the main app. 'Star Wars' and 'Stranger Things' were the last to go. 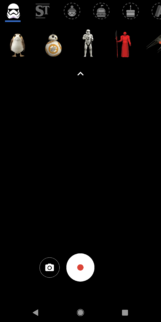 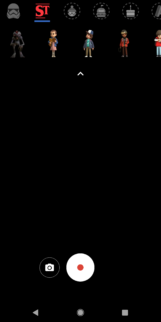 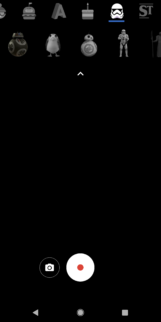 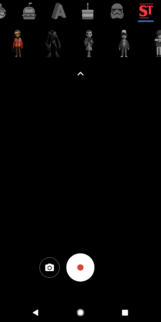 This means that zero sticker packs are now included, making it nearly impossible to use AR Stickers without downloading anything else. But Google has actually added one or two stickers from each pack for you to experiment with; any more than that, however, necessitates a download. Only BB-9E and Lucas survived this joint Star Wars-Stranger Things massacre. The orders of both packs and stickers up top have changed, too.

Interestingly, Google has removed the mini Play Store popup when you try to use a sticker from a pack you don't have, which seems like a downgrade. 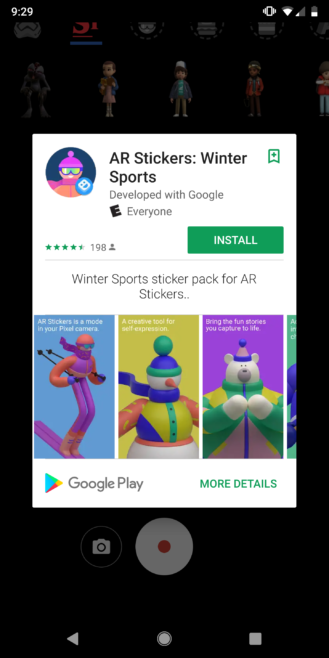 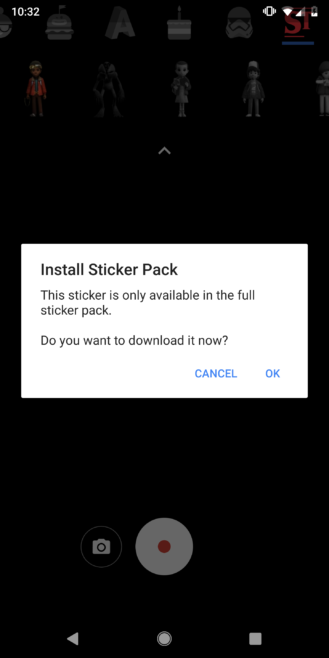 Personally, I'm pleased with this change. I've probably used AR Stickers about three times since it was released, so all of those stickers in the AR Stickers APK were just taking up ~55MB of space that could be used elsewhere. If you, on the other hand, do play with the stickers often, you can choose to download exactly which packs you want without wasting any storage. And if you're deciding which ones you want, there are now samples you can try out. Win-win-win.

The update is live on the Play Store for some, but not all. Luckily, we've got all three new APKs on APK Mirror. Here they are:

We've also got a slightly newer build available on APK Mirror, if you're interested in sideloading. 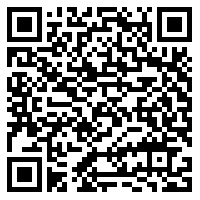 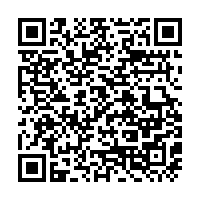