The one-swipe convenience of the old Google Now was one of the most magical parts of using Android back in the day, and its devolution into the Feed was a reason of sadness for many, including myself. Although most of its features were still hidden away in the Google app, checking your calendar, packages, or flight status was no longer just a swipe away. Thankfully, Google pretty much brought it back last month in something it calls "visual snapshot" via the Assistant. And now Google is testing a new, more convenient way of accessing it with a swipe up on the Assistant overlay.

When the Assistant changes were first shown off back at I/O, they included this upward swipe to access the new daily summary page, but for the last couple weeks, you've had to launch it via a button at the top right of the Assistant's overlay. This new tweak means it's all just a long-hold and a swipe away. It's still not as convenient as the old Google Now was, but it's an improvement.

Previously when you swiped up on the Assistant overlay, it just showed you the Assistant's activity history, but with this new change, the gesture now takes you to your visual snapshot. (As an aside, I really wish the pane had a better name, but that's all Google seemed to want to call it in the announcement post.)

None of our devices has this swipe gesture for the Assistant just yet. Presumably, it's either still being tested, or the rollout has only just begun. The most prominent visual indicator of the new interface is the floating text above the Assistant overlay that tells you to "Swipe up to see your updates," but it isn't the only tweak. The iconography throughout has been changed to match the Android P-style outlines, and the lens and keyboard shortcuts appear to have swapped locations. 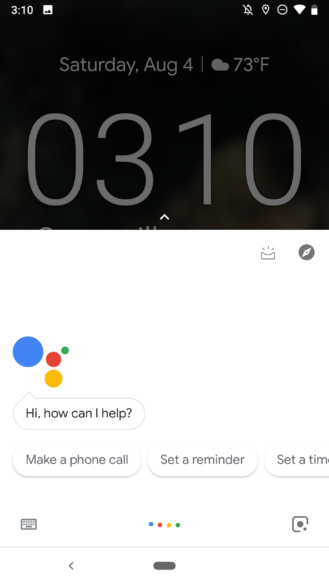 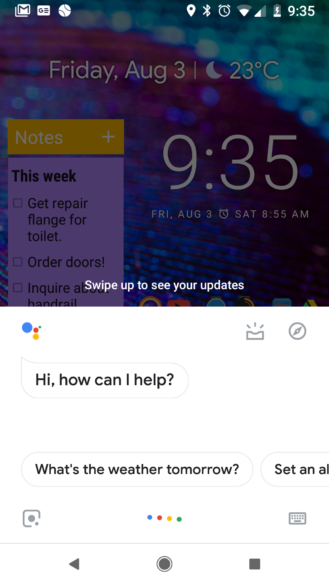 It's tough to be sure, since DPI scaling or different devices can have an effect on how things are rendered, but the new Assistant overlay also seems to be a bit shorter, and the bubbly assistant logo has been shrunken down and shoved up into the top left corner. 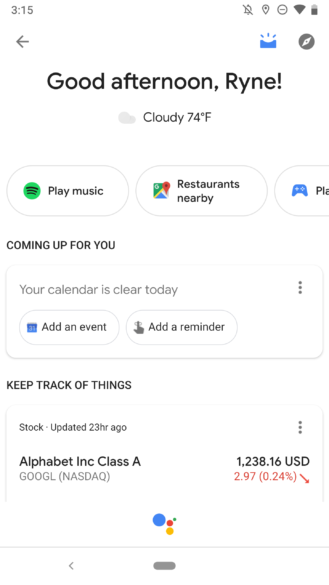 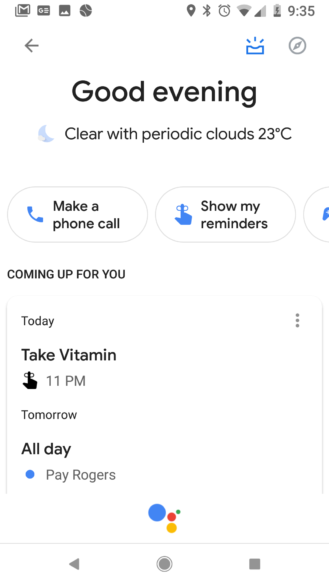 Visual snapshot both before (left) and after (right) these changes.

The actual visual snapshot feature itself seems mostly unchanged, apart from the icons trickling over. Given it's less than a month old, I'd be surprised if Google was already rolling out a redesign for it, but you never know. The changes to the Assistant overlay seem tailored to match it.

So far, this new interface appears to be part of a server-side A/B test, as none of the recent stable or beta versions of the Google app have been able to trigger the new behavior on my devices, and our tipster is seeing it on a stable build that isn't the latest (v8.13.15.21). As always with these tests, YMMV. It may not hit a wider audience for months, if ever, or it could land for everyone tomorrow.

[Update: Next update will fix] Some OnePlus 6 displays flicker in bright light with adaptive ...