We've already seen what the phone and S Pen look like, but there's still some information to be gleaned here. The SM-N960x model number is seen in the fine print, as is confirmation that there will be a 128GB variant. More interestingly, though, the existence of a 512GB model is all but confirmed by this shot in the video, where it's claimed that the Note9 will be '1 terabyte ready' with a 512GB Samsung microSD card sticking out of the phone. The company also seems to be making its slogan for the Note9 "The new super powerful Note," which we'd initially thought might be the indicator of a hoax. 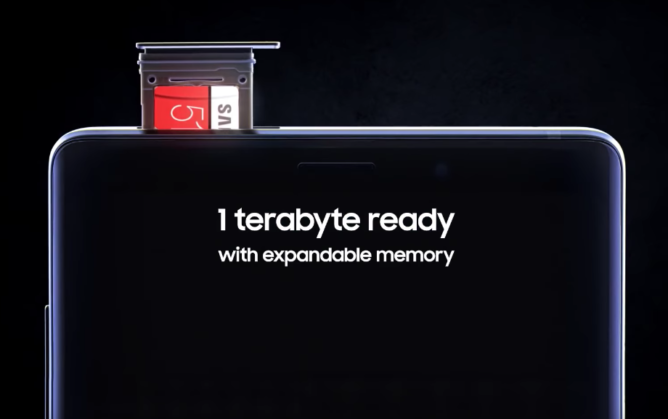 As you might expect, Samsung took the video down quite swiftly. Luckily, the video has been mirrored by several outlets, and it can be watched via the embed above.