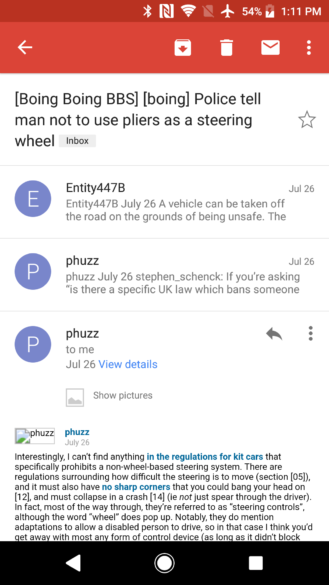 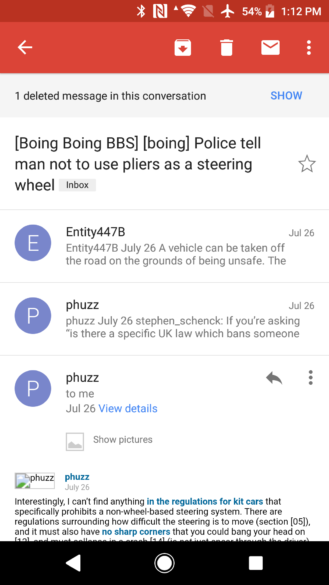 Now when looking at a conversation thread with multiple messages, if any of them was previously deleted, a warning will appear. This indicator can help to explain any apparent discontinuities in the thread, with an option to show the omitted/deleted message, if the trash has yet to be cleared.

This isn't the most tremendous change, but it is useful if a conversation continued past when you expected it to, should you be in the habit of deleting emails. 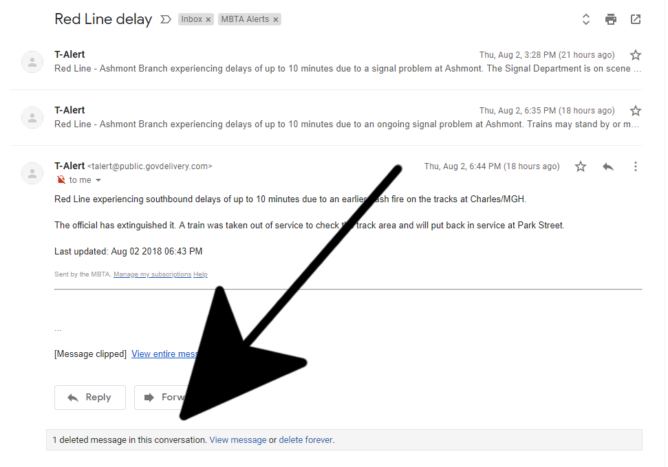 The feature as it appears on the desktop Gmail site.

It's a bit different in appearance and location compared to the desktop site, which appends the warning to the end of the affected thread, offering two options for resolution—re-integration or deletion—rather than just one.

Hopefully, more features from the Gmail site can make their way down to the Android app soon. If, for some reason, this feature really has you excited, the update started rolling out last week, but you can also download this version via APK Mirror.

Google Maps now has a '3D Globe Mode' on desktop