The Galaxy Note9 is being announced in a little over a week, but Samsung recognizes that many people will want the phone despite the fact that no details about it have been officially released. That's probably why it's offering reservations to be put down for "the latest Galaxy smartphone." 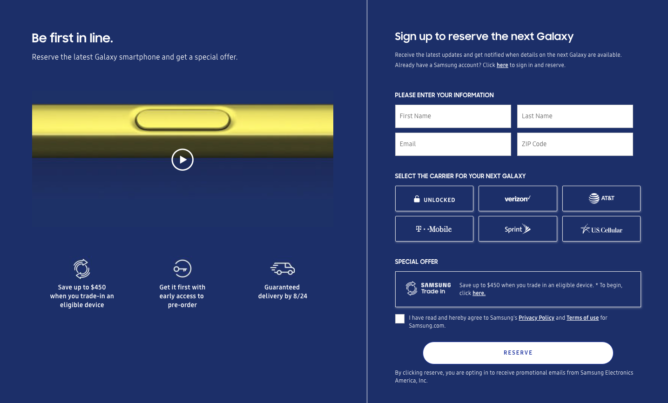 Everyone knows that this is for the Note9, but it's just a bit odd to be taking reservations for a phone that has only been rumored and leaked at this point. Granted, we do know what it'll look like and some features, such as a Bluetooth S Pen and dock-less DeX functionality, but there's still quite a bit we haven't heard.

Nevertheless, these reservations do not obligate you to put any money down or actually buy the phone, so there's no harm in doing so. If you have any interest at all in buying the Note9, you should go ahead and put your info down to be guaranteed delivery on August 24th. This can be done on desktop or mobile; you can hit the link down below to get started. Alternatively, the Shop Samsung app can also be used to place a reservation.

As Evan Blass discovered, Samsung has accidentally leaked a photo of the Note9 on a New Zealand pre-order page that isn't supposed to be up (clicking the pre-order button does nothing, as expected). You can see a photo of it below, and we've cached it on archive.org. 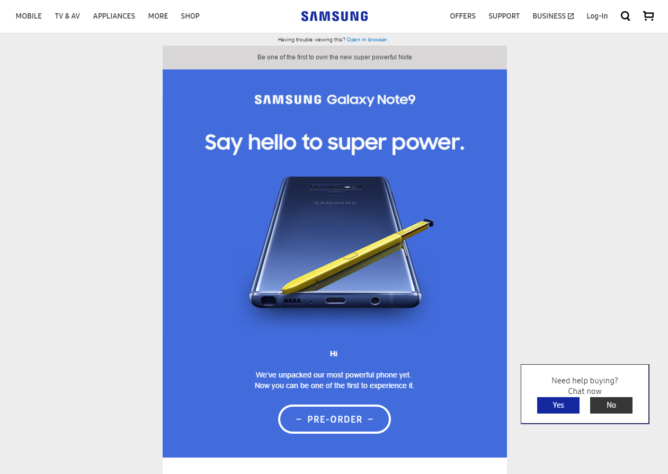