For some reason, it seems like every single social media service wants to add stories to their platform. Snapchat really kicked the concept off, Instagram decided to copy it, and then Zuckerberg and friends decided to put it in Facebook too. Now, YouTube is joining in on the fun as well. 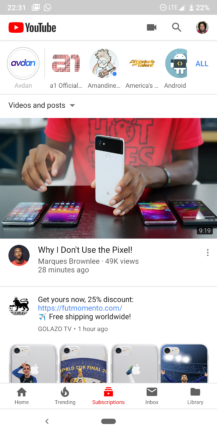 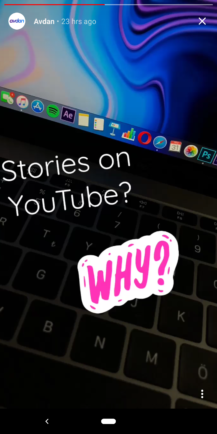 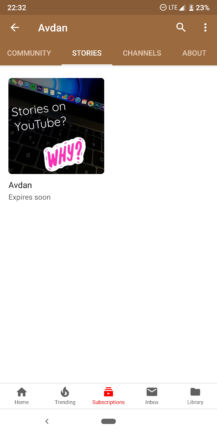 We first noticed Stories of this variety when we posted about the dark theme rolling out to some a few days ago, but neglected to mention them. The Stories themselves look extremely similar to Instagram's; you'd think that Google would at least be able to switch the UI up a bit, but apparently not. There'll be a red ring around new Stories, which you can see in that dark theme post.

We found the video above demonstrating how to post one, though Rita somehow has a different UI for that. Our Android Police YouTube channel doesn't even have the 'Story' option under the 'Create' menu, which is odd.

This still looks to be in limited rollout. Rita can see the Stories, but she's an exception to the rule. If you're seeing them, you, too, have been blessed with the almighty Google's server-side wand.

[Update: Downloads are up] OxygenOS v5.1.4 for the OnePlus 5 and 5T delivers improved camera ...