A new processor, a new camera, a new screen, and better-faster-stronger everything are annual givens for our smartphones, and it seems people are starting to notice - and are increasingly becoming indifferent to it all. But are smartphones actually getting more boring? Or is it just that we have become so spoiled by mobile technology that its seemingly inevitable march forward is no longer interesting? It's a bit of a navel-gazing exercise, I must admit, but I think it's something worth talking about - especially with a look to the smartphone's larger history.

The 'modern' smartphone's birth can be traced back to a little over ten years ago, with the introduction of the iPhone. Sure, there were Palm, BlackBerry, and Nokia smartphones around that time and for years prior, but it was the iPhone that cemented the all-touch candybar form factor and brought the smartphone out of nerdy obscurity and into mainstream relevance. The iPhone also really did mark the beginning of the smartphone as an indispensable, personal device capable of assuming many roles.

And lest we forget, the iPhone actually was revolutionary. Before the iPhone, the idea of typing full-time on a touchscreen was considered absurd. But as one of the world's first multi-touch consumer devices, the iPhone made touch typing viable - and opened up an entirely new way to think about designing a smartphone in the process. And yes, really: smartphones didn't have multi-touch displays before the first iPhone. How far we've come.

Before the iPhone, the idea of typing full-time on a touchscreen was considered absurd.

I think the first iPhone is a great jumping off point, particularly because of everything it didn't have. Despite being a revolutionary product, the iPhone was laughably limited when compared to a smartphone from even five years ago. The camera couldn't record video (and had no flash, to boot), the phone only connected to 2G EDGE networks, there was no GPS, no real apps, no front-facing camera, and the battery life was fairly miserable. The first iPhone is so far removed from modern network and web technologies that it would be basically unusable today, just over a decade later.

Today's smartphones have two, three, four, or more cameras. Their processors are so powerful and efficient that, for the tasks we assign them, there really aren't genuine performance concerns for most people. They're secured biometrically using our fingerprints, faces, or eyes, and can project interfaces onto our in-vehicle displays to give us directions. Your phone can be a map, a book, a wallet, a music player, a research tool, a camera, a recorder, a flashlight, an alarm clock, a communicator, and a dozen other things. And when it comes to gadgets, if it can connect via Wi-Fi, Bluetooth, or a cellular network, your phone can talk to it. 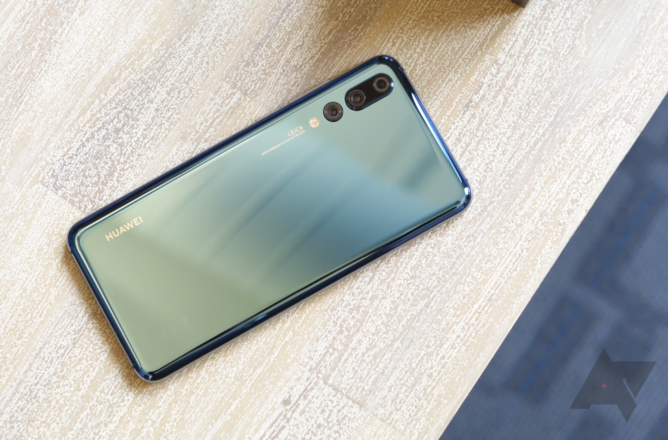 Adding cameras has proven to be product marketing catnip to phone manufacturers. This Huawei P20 Pro has four in total.

And yet for all the smartphone's truly dizzying capabilities and the billion-plus that are sold around the world every year, we've witnessed a consolidation of the phones themselves into ever-more similar permutations. And that's because we've largely solved the problems the early smartphone presented us. Today, phones charge quickly and last a long time once they're done. They all have GPS for mapping and turn-by-turn navigation. Their multi-touch displays are rich and vibrant, support of network standards is consistent, the cameras have reached enthusiast level in terms of features and capability, and apps allow them to interact with nearly limitless services and products. That is to say, our smartphones basically do all the stuff we want them to.

From aspirational to incremental

And therein lies the rub: we're running out of meaningful problems for the phone to solve and, equally, out of meaningful flaws to correct in the phones themselves. Smartphones have matured enough as a product category and become so standardized that essentially all we're left with is optimization. We can make our phones do things faster, more efficiently, and more accurately. And when we really do try something weird, oftentimes it just results in failure: see ZTE's Axon M. 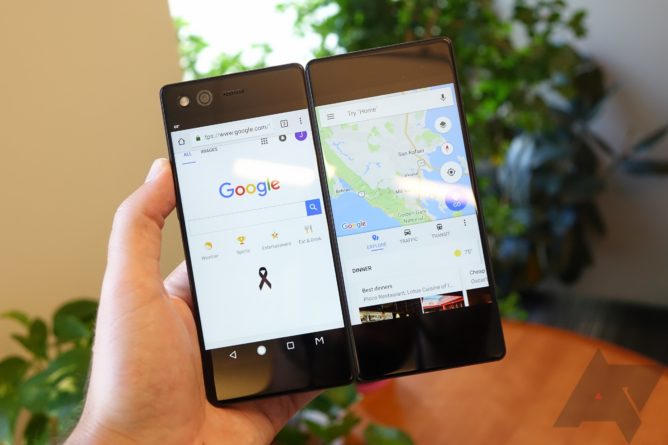 The Axon M is a great example of how trying something "different" with a smartphone has become synonymous with bad phones.

Even adding new hardware often doesn't make one smartphone much different from any other. For example, putting a second rear camera on a phone doesn't really give it a new capability, it more so just augments an existing one (taking a photo). The same is true of facial recognition, in-display fingerprint sensors, screen notches, and wireless charging. They don't really change what you use your phone for, they just make that experience better (mostly). And there isn't a lot of romance to that.

The smartphone's "change everything" moment has long passed - we all know what we want to do with our phones, it's just a question of which one best fulfills our needs.

Certainly, some augmentations are more interesting and exciting than others. If a new technology that effectively doubled the battery capacity of your smartphone were announced tomorrow, that'd be quite exciting. But even something as incredible as that still wouldn't change anything your phone does, it would just make it more capable in one particular way. When people argue that phones are becoming appliances, this is what they mean. The smartphone's "change everything" moment has long passed - we all know what we want to do with our phones, it's just a question of which one best fulfills our needs. They're just another tool, and conceptually, that tool has been fully-realized for years now.

Sure, phones break, they get outdated (a problem no company is keen to solve!), and they don't last forever on a charge. But solving these "problems" seems, if I'm to draw an analogy, like trying to develop a car tire that never needs to be replaced. No one wants to, and even if they did, most of the potential solutions are probably unworkable.

So, much like that tire, the smartphone has been relegated to annual, incremental improvements. It lasts longer, goes faster, and works better.

More of the same is coming

In five years, our phones will be thinner, faster, last longer, take better photos, and... probably look a lot like they do now.

It seems tremendously unlikely this trend will be bucked any time soon, either. The most "exciting" technology that could make its way into smartphones in the near future is 5G, and much of the cheerleading there is being done by the parties developing and marketing the standard. It's possible 5G will have significant implications down the road for network operators and the internet of things - so, commercial and industrial applications - but they could take a decade or more to fully realize.

I don't think it's at all bold to claim that the future of the smartphone is highly predictable. In five years, our phones will be thinner, faster, last longer, take better photos, and... probably look a lot like they do now. Perhaps there will be phones with screens that fold up, phones without buttons, and phones without charging ports, but all of that would probably do very little to change the smartphone's fundamental role in our lives. It's easy to understand why that sounds dull: because unless you're an engineer, it really is. Your phone five years from now will be a better version of what you have today. Cars have four wheels, smartphones have a touchscreen. That paradigm isn't changing.

And in that sense, smartphones really are getting more boring. Even as companies worth hundreds of billions of dollars work tirelessly to implement new technologies and make them better, what we have right now is basically really good, and it would be silly to change what's been an excellent product formula simply for the sake of doing so. Unfortunately, that means your next phone will probably be a lot like your current one, and so will the one after that, and probably the one after that, too. It's not exactly exciting, but no one said phones had to be.

Facebook announces tools to help you use its apps less