In June, we found out that Facebook was developing tools to help users limit use of its social media platforms. The feature was spotted in an incomplete form in the Facebook app, and a Facebook representative confirmed that tools were coming to both Facebook and Instagram in the near future. Now, Facebook has formally announced the new features, which will be "rolling out soon."

Both Facebook and Instagram's mobile apps will be getting optional features to curb the amount of time users spend with them. Each will have a dashboard that spells out your usage patterns, the ability to set a reminder after you've spent a customizable amount of time in the app, and new ways to limit push notifications. "We want the time people spend on Facebook and Instagram to be intentional, positive and inspiring," the company said. 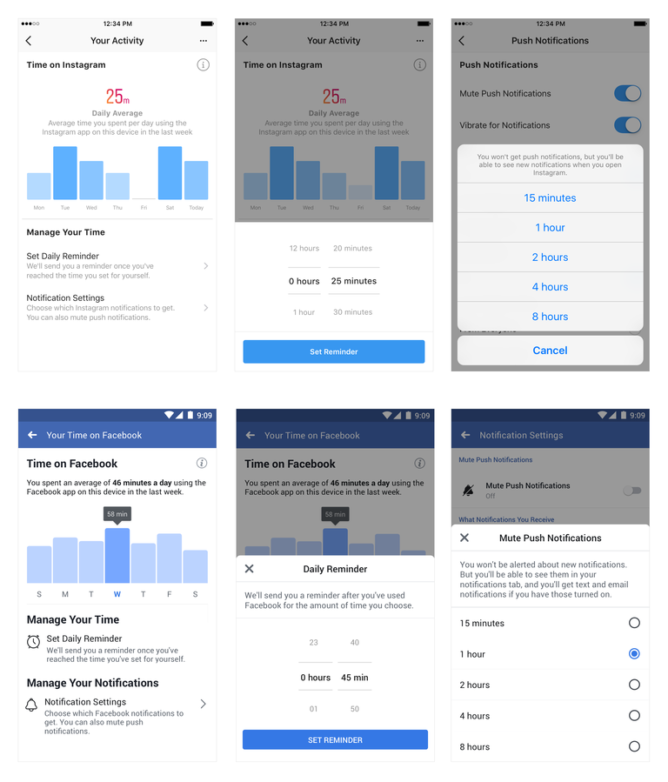 Each app's time-management tools will have different names — Facebook will have "Your Time on Facebook" where Instagram's will be "Your Activity" —  but will function pretty much the same. The company also highlighted features it's already added to its apps, like Instagram's "All Caught Up" indicator, that are ostensibly there to encourage their mindful use. Facebook building tools into its apps to limit their use feels a little disingenuous, since its business model is predicated on, well, you using its apps, but it can't hurt.

Instagram's Play Store listing already mentions the new features, so expect to see them on Facebook sooner than later.