According to several reports we've received over the past couple of weeks, a bug appears to be happening for Chrome 68 Beta users that transforms their neat card-based tab switcher into a super basic list of open tabs. If you're affected, you only need to give it some time, it should revert back to the regular switcher after a day or two.

The layout these users are seeing is nothing out of the ordinary. It's the Accessibility tab switcher that can be enabled under the flag chrome://flags/#enable-accessibility-tab-switcher, and it's the default look on Android Oreo (Go edition). But for the affected users on Chrome 68 Beta, even though the flag is disabled and there's no other accessibility feature turned on, the tab switcher is taking on this form.

It can be a black screen with the various open tabs, or if Chrome's Modern Design is enabled, it can look white with different iconography. But the idea is still the same: there are no preview cards, only tab names, so you can only guess what that tab was if you don't remember the page's title. 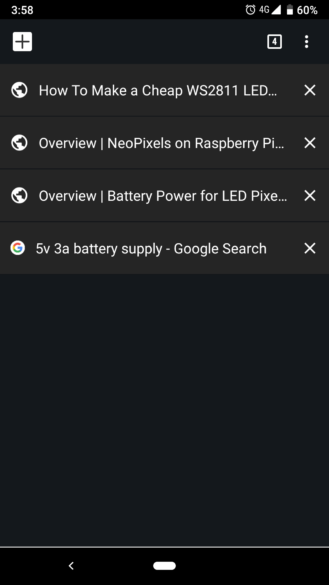 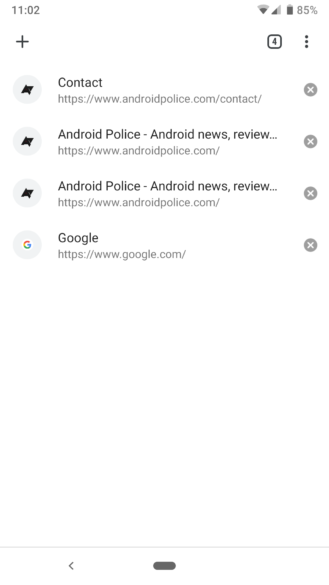 Based on the reports we've received, this behavior appears to be tied to Chrome 68 Beta, though other versions and release channels may be affected. We've asked our tipsters to set the accessibility flag to disabled, clear app data, even reinstall Chrome 68 Beta, and try several other workarounds, but nothing seems to bring back the regular switcher. The only thing to do is wait it out. After a couple of days, the tab switcher reverted back to normal for them. I would also recommend installing the stable version of Chrome to see if it exhibits the same bug.

ARCore v1.4 adds support for its first Chromebook, Google Pixel 3 and Pixel 3 XL, and many more ...

Nokia 3.1 review: In a league of its own