Gboard's history with spell check isn't a good one. For months and months, users complained that spell check wasn't working, then version 7.4 of Gboard gave us false hope that it was fixed by surfacing a new banner for the spell checker. Unfortunately, it still wasn't functional and was nowhere to be seen in the settings. Now, however, after the recent update to v7.4.18 (beta), spell check seems to be properly doing its job for some users.

This is a server-side update, so even if you grab the latest Gboard beta, you're not guaranteed to get spell check working. But if it is enabled for you, you'll see a new setting at the bottom of Gboard's Text correction screen where you can toggle Spell check on and off. 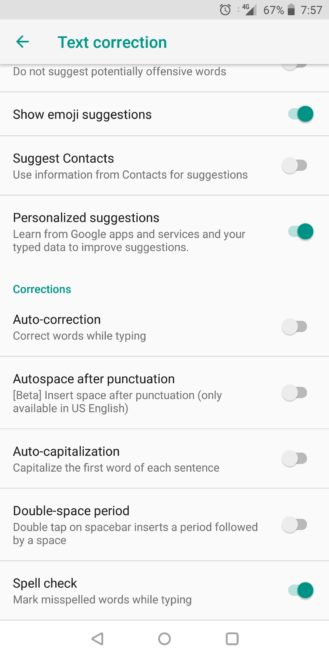 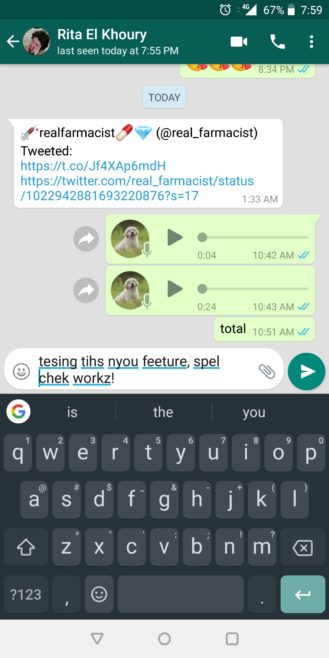 When it's working, spell check will underline all the misspelled words as you're typing them, regardless of the app you're in. On my husband's OnePlus 5T, the underline is blue, but Gboard's banner said it would be red. We're not sure if the team changed its choice of color, or if the color might be different on a device basis. Tapping a misspelled word simply brings up the suggested corrections in Gboard's top bar — there's no pop-up menu as some other keyboards use. 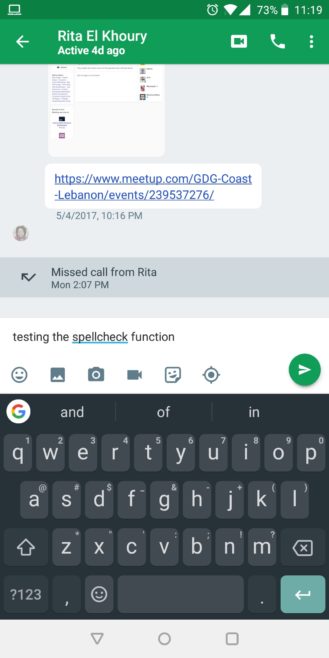 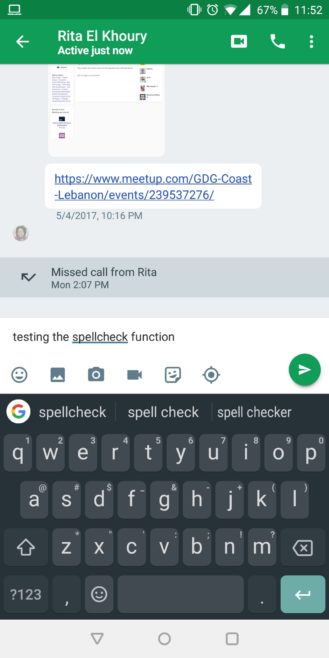 To test the feature out, make sure you're on Gboard v7.4.18, which you can grab from the Play Store or from APK Mirror, and check the app's settings or start typing weird words out. If you get an underline, you're one of the few lucky ones. So far, only my husband has the feature enabled, but I'm not complaining. The last thing you want in your marriage is someone correcting your English when you misspell a word, so I'm happy Gboard is now doing that... instead of me. [Pssst, Gmail, You Listening?] Telegram 4.9 added a 'Mark as read' button in notifications