The Lighthouse security camera aims to stand out from the crowd with powerful 3D object recognition, but it's lacked one fairly basic feature since launch a few months ago: audio recording. The latest app update rectifies that oversight, but that's the only major change in this update.

Lighthouse includes a standard 1080p camera sensor as well as a 3D "time-of-flight" camera. That means it can tell the difference between a picture of a person and a real person who pops up in frame. The hardware always had a microphone, but it only worked for 2-way talk when watching live. Audio won't work right away even after the update. When you open the app, it asks if you want to enable audio, which is off by default for privacy reasons.

After allowing audio, you will get audio in the live stream and in your recorded video. The audio doesn't seem to play in the sped-up clips of activity shown in the app (that would be weird anyway). However, downloaded clips should have audio. The app update is live for all Lighthouse owners in the Play Store. 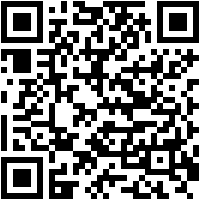