Over the past couple of days, YouTube has sneaked in a small UX modification in its app and started rolling it to users. Instead of requiring two taps to save a video to one of your playlists, the action now only takes one tap. That sounds great until you realize it will default to your last list; choosing a different one now necessitates more taps than before.

Previously, the fifth button below a video was labeled "Add to." Tapping it brought a pop-up that let you choose which playlist you want to save this video in. Simple. The button has now been renamed to "Save," and a single tap will automatically add the video to your most recently selected playlist (or your Watch Later list, if you haven't used the feature before). A toast message shows up at the bottom, letting you change the playlist the video has been saved to. The behavior is akin to adding a bookmark in Chrome on your phone: the last used folder is picked by default and you can change it if you want to. 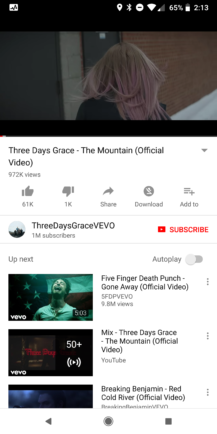 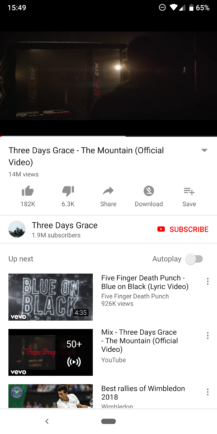 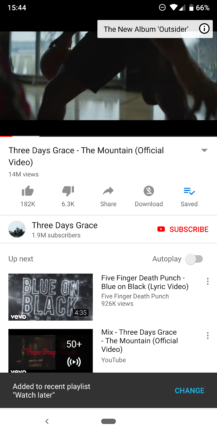 Users, however, are understandably not very happy about the change. Saving videos to a different playlist now requires more taps, or, if you happened to notice the brief blue hint (shown in the image at the top of this post), you'd know that a tap-and-hold brings up the playlist selection menu directly. The change appears to have been triggered server-side, as several recent versions of YouTube have recently switched to the new save button behavior.

You can now save videos to a playlist with a single tap!

This feature will definitely be great for those who often simply save videos to their Watch Later playlist or some other default list, but users who have carefully curated various lists will have to relearn their ways. Muscle memory is a powerful thing, but it shouldn't take long to get used to tapping and holding instead of simply tapping.

Google Chrome starts suggesting more articles like the one you're reading