The Pixelbook is a spendy Chromebook—it's even expensive compared to non-Chrome computers, in fact. Given the price, you might be willing to go a little crazy to protect your investment. Thus, you can drop a whopping $89.99 on the Tech21 Evo Adapt case that just appeared on the Google Store.

The case is a mixture of TPU, polycarbonate, and microfiber fabric. Unlike the sleeve case already offered on the Google Store, this one stays on your Pixelbook during use. It supports the various hinge configurations, and part of the case acts like a stand to keep the screen at a comfortable angle when laying flat on a table in tablet mode. There's a slot for the Pixelbook Pen as well. 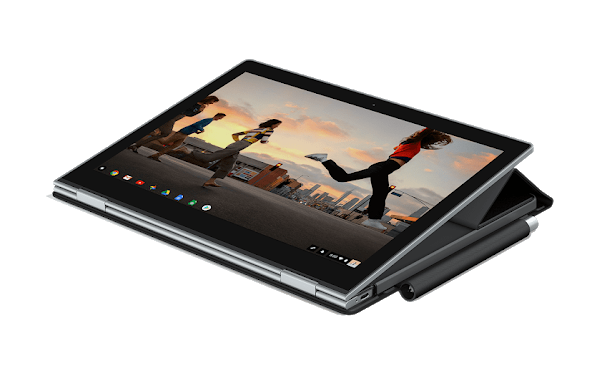 Without a doubt, $90 is a lot for a case, but the Pixelbook is on sale for $200 off right now. If you were considering spending at least $1,000 on it, you can get a Pixelbook and case for less than that. As usual, you get free standard shipping in the US on the Tech21 case.