We can confirm that the update is rolling out as we speak, bringing the near-borderless phone up to Beta 3. In Essential parlance, that's equivalent to Google's latest DP5. 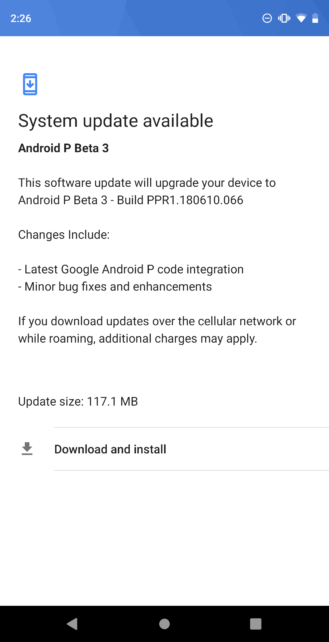 Other minor and unfortunately unnamed bug fixes are also included in this release, the OTA for which clocks in at 117.1MB. Downloads are likely live at Essential's Developer Preview site if you aren't among those who have already taken the Android P plunge. Given this latest release is supposed to be a release candidate, those that may previously have been on the fence about trying it out can rest a bit easier should they throw caution to the wind.

My personal Essential Phone had a bit of a stutter trying to install this latest update (my settings app repeatedly force closed during the download, halting the process), but after enough tries, it worked. YMMV.