Welcome to the latest entry in our Bonus Round series, wherein we tell you all about the new Android games of the day that we couldn't get to during our regular news rounds. Consider this a quick update for the dedicated gamers who can't wait for our weekly roundups, and don't want to wade through a whole day's worth of news just to get their pixelated fix. Today we've got an awesome Daydream game with wireframe graphics, a party game similar to Werewolf, a goofy sumo wrestling game, an open-world off-roading game, a highly polished tabletop-like RPG, and a pixel-based 2D brawler. Without further ado:

Earlier this week I had a few readers point out that my coverage of Daydream VR gaming is lacking. I chalked this up to very few quality titles in development for the platform, but maybe I just haven't been digging deep enough. This is why I would like to start today's bonus round with a new Daydream game that not only looks dope, but is fun to boot. It's called Wizards 2: Better Dead Than Red, and it is a sequel to Terrasect Mobile's Wizards: 1984, which was a really solid but rarely talked about motion-controlled shooter. The gameplay of this sequel is super easy to pick up. Just point your view towards your enemies and blast away. Royal Adviser is a new strategy game from Happy Hobgoblin Oy, and it plays a whole heck of a lot like the classic tabletop party game Werewolf. You only need one device to play as it is pass and play, which is great if you happen to have a bunch of cheap friends who don't want to spend $7.99 on an enjoyable mobile game just to play a few rounds. 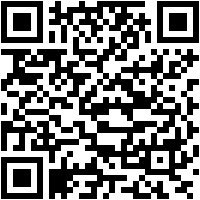 Set Snail is probably best known for its hit casual Daddy Long Legs game. One thing is for sure, this dev has a very unique style, and that assuredly comes through playing its latest release Oddman. You get to take on the role of a yellow blob with legs, and it is your job to push every pink enemy you see off of your island sumo style. You have to be quick because you too can easily get forced into the water, and then it's game over. Honestly, this is a delightful game, and it is super easy to pick up. Make sure to check this one out whenever you get a chance. A few years ago DogByte Games' Blocky Roads was probably my favorite title to play on my Nexus 7.2, so as you can imagine, I was pretty excited to see the dev has a new vehicle-based game on the Play Store all about driving off-road in an open world. Let me just say right now, the graphics are fantastic, and on top of that, the gameplay is excellent. If you enjoy truck sims or odd games like Spintires, you are definitely going to get a kick out of Off The Road. 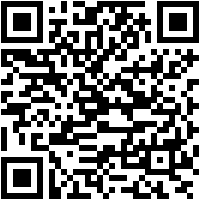 League of Geeks' Armello is going to be tough to explain in such a short space, but allow me to give it a shot. It combines tactical card-based gameplay with quite a few tabletop board game mechanics, all while offering the fun of a classic adventure-filled RPG. Gameplay is fast-paced and easy to pick up, though there is plenty of depth for those of you who want to really dig in. Kung Fu Z is a pixel-based side-scrolling brawler that takes its inspiration from the likes of River City Ransom and Double Dragon. You get to play the part of an unlikely hero who just so happens to be a martial arts enthusiast. Now that a zombie outbreak threatens the in-game city you reside in, it's up to you to beat the invading horde of zombies with the only tools you have at your disposal, your fists and feet.