All four major US carriers pushed the Android 8.0 Oreo to their Galaxy S7 and S7 edge variants back in June. AT&T, surprisingly, took the lead, with Verizon shortly behind. Sprint came in next, and T-Mobile took last place. One and a half months after the update first started rolling out in the US, Samsung is finally pushing Oreo to the US unlocked S7 and S7 edge models (SM-G93xU).

Of course, this isn't the first time that owners of US unlocked S7s have had to wait. The irony of an unlocked phone having delayed updates compared to the carrier models has actually caused people to opt for carrier versions instead of the unlocked model, which is pretty unfortunate. 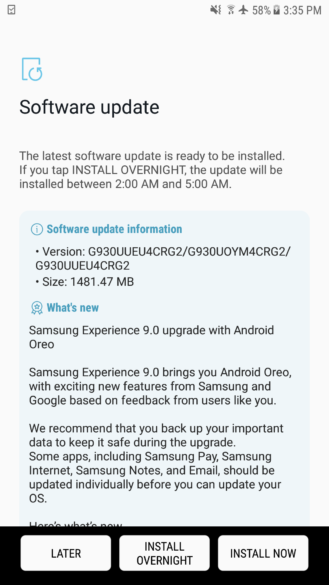 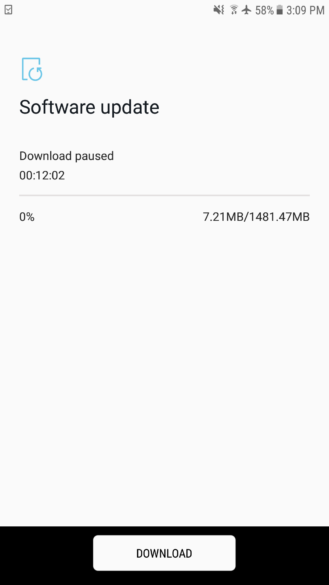 The update itself comes in at around 1.5GB, but it only comes with the April security patch. It carries build number R16NW.G93xUUEU4CRG2. Standard Oreo features - Autofill, picture-in-picture, notification dots - are present, as are Samsung-specific ones like Dual Messenger and high-contrast keyboard options. If you haven't yet updated your US unlocked S7, you might want to manually check in settings.