Can you believe it's already been five years since Google finally got living room streaming right? The company spent years toiling on doomed products like Google TV and Nexus Q, and it was this little $35 dongle that did the trick. Today, there are newer, faster Chromecasts and a myriad of other devices with cast functionality included. It all started with that first unassuming dongle.

Google announced the Chromecast out of nowhere in 2013, and this was before Google and Amazon had their spat. That's a good thing because the Google Store didn't exist. Shortly after the announcement, everyone could place orders for the Chromecast dongle on Amazon. It even had Prime shipping. When it arrived, we liked the Chromecast very much despite the initial lack of app support.

We all spent a lot of time playing around with Netflix, YouTube, and Chrome tab casting in those early months, but the full potential of the Chromecast was not unleashed until early 2014. That's when Google rolled out the necessary Play Services support for apps to plug into the Chromecast. Now, it's just expected that video and audio streaming apps will include support for Chromecast.

Google moved on from that first dongle rather fast. In 2015, we got the second-gen "puck" version as well as the Chromecast Audio at the same $35 price. Both those devices are still available today, but Google also released an improved Chromecast Ultra in 2016. It supports 4K video and HDR, but it's much more spendy at $69. There are also speakers, TVs, and other streaming boxes that support Chromecast functionality. These devices just work, and that's one of the most important things in the living room. The Chromecast is one of the few pieces of tech around the house that my wife would probably not allow me to swap with something else. 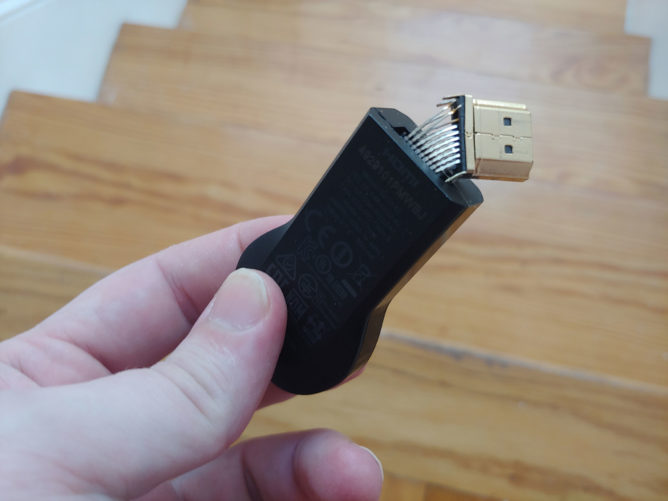 Our own Stephen Schenck broke his first-gen Chromecast moving the TV. This is probably why Google switched to the puck design.

It's tempting to expect new Chromecast hardware soon because new Google things come out all the time. However, Chromecasts offload so much functionality to apps and online services that they have a long shelf-life. It might be nice to get a slimmer design or a physical remote (Google, please), but I'm sure many of you have been using the same second-gen (and even first-gen) Chromecasts since launch. This is why Google has become so important in the living room.

Google just posted a little background info on how the Chromecast came into being. You can hear from members of the original Chromecast team on the Google Blog.

Xiaomi Mi A2 and A2 Lite are official, both Android One with dual cameras and mid-range specs