First and foremost you will notice the exceptional graphics. Each character and demon has a level of detail that is difficult to ignore. Backgrounds fair a little worse, but hey, who notices those? Overall the level of polish is exceptional, and I wish more mobile games looked as good as this.

The basic gameplay is turn-based and should be familiar to any JRPG fan. Like most collection games, you can expect to find a Pokemon-like rock paper scissors mechanic. Each demon you battle will have a few weaknesses, and it is your job to sniff them out so that you can rain down on them with the most damaging blows possible.

When it comes to performance, it is often hit-or-miss. When things are running smooth, this can be an impressive game, but once things bog down, the cracks really start to show. Slowdown is common, no matter which graphical settings you choose. Loading circles often interrupt storied elements as well as slow down the pace of jumping into most battles. Now, one thing to consider is that server issues are common on release day, so this may also be a factor that weighs heavily on the overall performance. It's also a good reason not to tie the majority of your game to a server.

There is an interesting augmented reality feature included with the release that will allow you to pose with the demons you capture. Sadly it doesn't work all that great. Like most AR apps on Android, it can be difficult to get it to recognize your surroundings, especially in low light. I found it to be more trouble than it was worth, though I can see the appeal for hardcore fans.

Once you make it through the ubiquitous and lengthy forced tutorial, you will quickly see why gacha games are often frowned upon. You are instantly hit with page after page of promotional pop-ups that do little to explain themselves, which is common practice, but always strikes me as odd since you are only just starting to play and understand the game.

This brings me to the monetization. As you can imagine, there are plenty of in-app purchases in this free-to-play release, and they of course range up to $99.99 per item. You can also expect to find a stamina system and expensive in-game currency. Most IAPs are for special item packs that contain summons and other random items, but if you only want to purchase currency, you can do that.

All too often excuses are made for the egregious pricing of IAPs in gacha games such as Shin Megami Tensei Liberation Dx2. Fans usually don't want to accept that their favorite franchise is now being used as an endless monetization platform on mobile, and instead will go on and on about how this is the one true gacha game with fair pricing and no devious tactics. To me, it is very clear where Sega's interest lay when it comes to its mobile games. There is a specific reason the IAPs are hidden from you until you complete the lengthy tutorial. There are also good reasons why the stamina system exists and why the five-star drop rate is so low. Sadly these annoyances are only the tip of the iceberg for a standard gacha game such as this, and they definitely add up. Conveniently there is always an easy way to pay real money so that you can alleviate many of these annoyances for the short term. I say no thanks to that, which is why I recommend steering clear of this blatant Shin Megami Tensei-skinned cash grab. 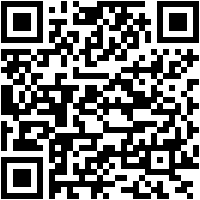