Over the past couple of years, Enpass has been my password manager of choice (for many reasons that I've listed repeatedly). The app is getting ready to move on from v5 to v6, with the biggest update it's ever seen so far. A beta of v6 was released for Windows last month, and now, the Android version is following suit.

The new Enpass6 is a separate Play Store listing as it's built from the ground up with a new architecture. You can't sync an existing Enpass 5 database with version 6, but you will be able to back up your v5 data to a local file on your phone, then import it into the v6 beta. I did that and it went without a glitch.

The benefits of Enpass6 are many. The app now supports multiple vaults, and each one can be synced with your cloud service of choice. There's a dark mode for the entire app, which uses a dark grey background and blue accents throughout, saving your eyes from temporary blindness if you open it at night. Secure sharing has finally been implemented, so you can share logins or other data with people you trust using a Pre-Shared Key to encrypt the data. Plus, the design of the app has been changed a little and feels more modern, but beware that your folders are now tags and can't be pinned to the side menu — much to my dismay.

Other additions include a new Password audit menu that shows your weak passwords, identical ones, and old unchanged ones. There's also a new archive and trash system, so you can keep some items away from the main view, or restore mistakenly deleted data. And you can add your own custom icon when creating a new item. The Windows beta contains even more features, such as custom categories and templates, Windows Hello and Keyfile support, and a new Enpass Assistant for logging into sites in your browser.

Enpass6 still has a long way to go to become a viable alternative to v5, as only Windows (with Chrome browser) and Android are supported, some cloud sync providers aren't working, and various features are still not implemented across the board. But if you want to give it a go, you can grab it from the Play Store link below and send feedback to the team. And if you're wondering about monetization, the developers tell us that Enpass 6 will be released free of charge to everyone who already bought the app's one-time license previously. 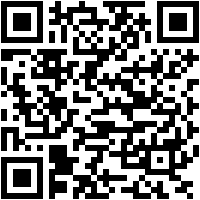