Smartphone manufacturers, now more than ever, are pushing for a bezel-less future. The infamous 'notch', as seen on countless phones this year, is unfortunately what we're stuck with for now. There are a few solutions for ditching the notch, like moving the camera to the bottom or adding a pop-up module. There might be another option - a 'camera island.'

Rumors are circulating that Huawei wants to drill a hole in the screen of future phones, so a camera can be positioned inside the panel. Presumably, the camera would still be positioned in the top center of the screen, but there wouldn't be a bezel around the lens like there is with notch phones. The camera would be an 'island,' completely surrounded by the LCD panel. 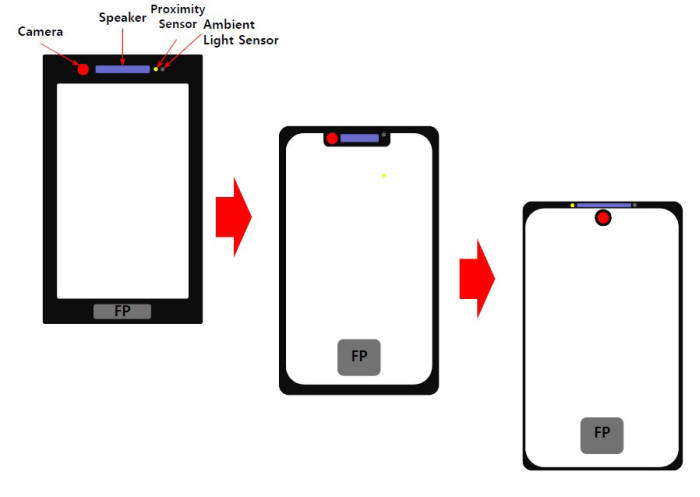 A possible phone design with the fingerprint sensor and camera embedded in the screen (source: ETNews)

It's not clear if these rumors are credible, but they present another alternative to the controversial notch. To me, a camera island seems like the most logical design evolution from the notch, assuming the technology works out. It's the next step from the Essential Phone's notch.

Phones with pop-out cameras like the Oppo Find X are neat, but moving parts can often break down over time. Bottom bezel cameras aren't great either - no one wants to look up at your chin on video calls. Some people say they don't need a front-facing camera at all, but considering the growing popularity of Face Unlock (and the ever-present love for selfies), a phone without one probably wouldn't sell well.

Would you be interested in a phone with a camera inside the screen? Let us know in the comments.