This time around someone is trying to put the Teeny Titans out of business, so you better get ready to battle your way to the bottom of this mystery. Your job is to explore Metropolis, Gotham, and Jump City as you shop for your favorite collectible superhero figures and complete special missions. The gameplay remains largely the same as the original. Battles are your standard 3v3 affair. You can tap on each of your three heroes to switch them on the fly, and this will actually be the key to your success by learning when to swap each character so that you can use the best moves at the right moments. Imagine a dumbed down version of Pokémon with fewer controls, and you kind of get the picture.

You can pick up Teen Titans GO Figure! for the upfront price of $3.99, but unlike the original Teeny Titans mobile release, there are also in-app purchases included that range from $0.99 - $9.99 per item. A developer of the game has commented on these IAPs on reddit, and it sounds like they are mainly used for cheats to advance faster, and are purely optional. Supposedly everything can be unlocked through normal gameplay. 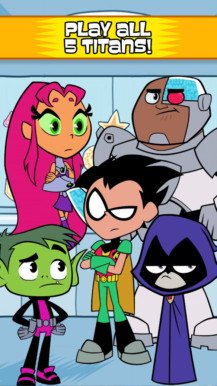 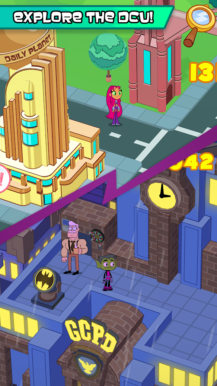 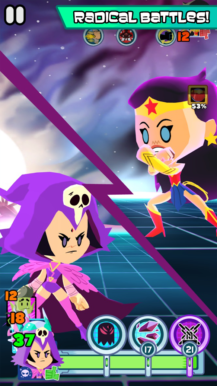 Fans of collection games and the Teen Titans GO! animated series are definitely going to get a kick out of this release, and heck, even I can see the draw of such an adorable game that also contains solid gameplay. IAPs making an appearance is a little disheartening to see, but at least they don't appear to be all that intrusive. Teen Titans GO! sounds like another winner in my book, especially in our current laissez-faire mobile marketplace.

Collect and battle fan-favorite DC characters in this sequel to the hit mobile game Teeny Titans, inspired by the upcoming feature film “Teen Titans GO! to the Movies”

ATLANTA – July 19, 2018 – Cartoon Network has released Teen Titans GO Figure!, available today on iOS and Android smartphones and tablets for $3.99 via the App Store, Google Play and the Amazon Appstore. A sequel to the best-selling mobile game Teeny Titans, and based on Teen Titans Go!, Cartoon Network’s hit animated series from DC and Warner Bros. Animation, this new action-adventure game is inspired by the Warner Bros. Animation feature film “Teen Titans GO! to the Movies,” arriving in theaters on July 27, 2018.

Teen Titans GO Figure! is rated E10+ (Everyone 10+) by the ESRB and licensed by Warner Bros. Interactive Entertainment on behalf of DC Entertainment. Google+ app adds your profile to the bottom bar, replaces Collections with Discover