About a week ago, images of the Galaxy Tab S4 were leaked, showing some interesting departures from its predecessor. The screen ratio reverted back to 16:10, and the physical home button was ditched. It looks like similar things are happening with the Galaxy Tab A 8.0 (2018), which has just been leaked by Netherlands-based site NieuweMobiel. 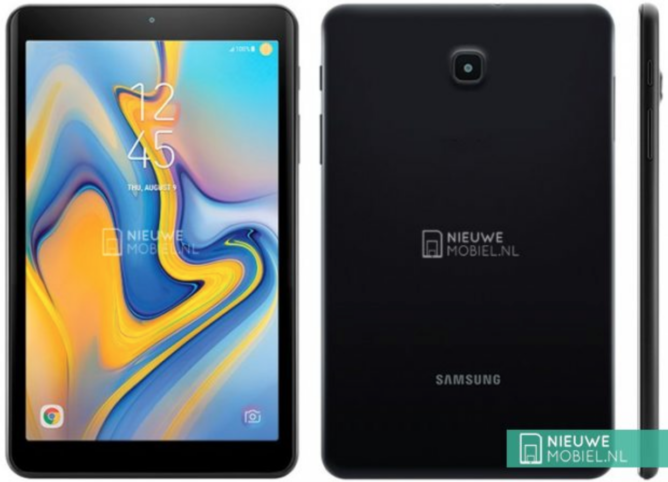 Visually, the Galaxy Tab A 8.0 (2018) takes a lot of inspiration from the upmarket Tab S4, but because it's more budget-oriented, it's not nearly as good-looking. Despite the physical home button saying good-bye, the bottom bezel is still quite large, as are the top and side bezels. The screen ratio measures in at 16:10, which is identical to both the Tab S4 and previous-gen Galaxy Tab A 8.0. Also take note of the slightly curved glass sides, an interesting addition. The wallpaper is also very reminiscent of what we've seen on the Tab S4 and Note9 in leaks, which is unsurprising. 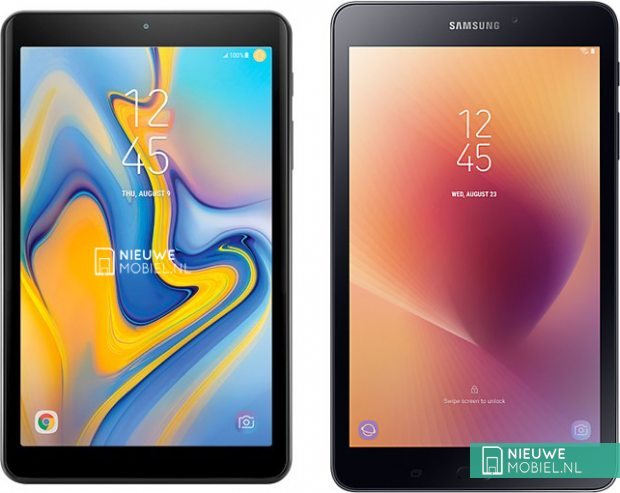 The back is decidedly less interesting. It's difficult to tell what material it is, but it's likely plastic given the price point the Tab A line sells at. There's a hump for the camera, unfortunately, and no flash. The 'Samsung' branding has been relocated closer to the bottom of the tablet. As for the side profile, the Tab A doesn't look very thin.

Given the August 9th date on the lock screen in the render, it looks like this 2018 Tab A will be announced alongside the Note9 at Samsung Unpacked in NYC. We're also expecting the Tab S4 and Galaxy Watch sometime around then, but it's unlikely that Samsung chooses to unveil all of those products at the same event.