The folks over at the Dutch site Mobielkopen have spotted a trademark application in the EU for "Warp Charge," filed on behalf of OnePlus. Presumably, this new name is set to replace Dash Charge, after OnePlus previously failed to secure it as an exclusive trademark in the EU. 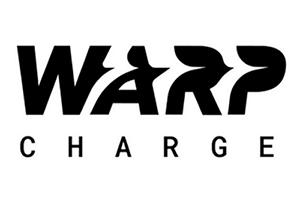 OnePlus' previous attempts to secure the "Dash Charge" name were denied when Bragi and Amazon each contested the application under the claim that there could be consumer confusion between Amazon's Dash Replenishment API service and Bragi's various Dash earphones.

Following that, OnePlus decided it would strip that branding out from its current phones, replacing references to Dash Charging in Oxygen OS and its site with the more generic "Fast Charge" term. In fact, the company didn't even drop the old name once during its US launch for the OnePlus 6, although it probably could have continued using the Dash Charge name in the meantime without the exclusive trademark.

The new Warp Charge trademark application (#017930480) was filed back on the 13th by Appleyard Lees IP LLP on behalf of OnePlus. If granted, it would apply to two categories of goods and services: Cables/power supplies and general advertisement exhibition—categories 9 and 35 in the Nice international trademark classification.

So far the new trademark hasn't been challenged yet, but the filing is still in the examination period. Although it was Fast Tracked, it will be some time before any opposition can place an objection. We've reached out to OnePlus for confirmation/comment on this story, and we'll update if or when we receive a statement.

Spotify separates downloads from cache, lets you delete only the latter