Do you remember laser tag? In the '80s it was all the rage. You would wear a slick looking vest while running around and shooting people with laser guns. It was the best. Heck, it's still popular to this day. You can find old closed down malls and other large warehouses that cater to the game. The thing is, who wants to commute just to shoot a few friends? A home system would be ideal, and that is exactly what the new Nerf Laser Ops Pro app delivers alongside the release of its companion Nerf Laser Ops branded blasters. 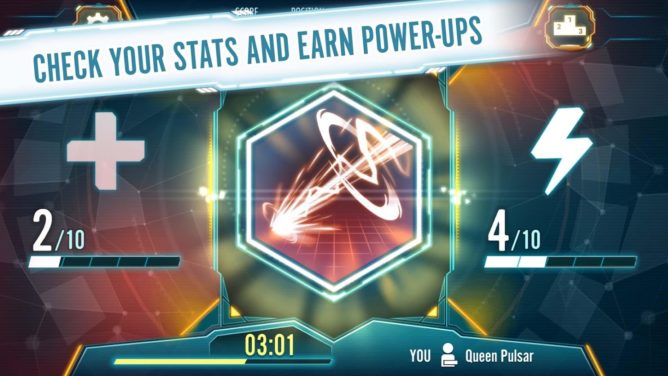 This Nerf Laser Ops Pro app was designed to display your score, health, and blaster ammo levels in real time, but that's not all it has to offer. As you run and gun, you can earn upgrades and temporary power-ups for your blaster. You can also expect to find a separate augmented reality game that can be played solo, and there is no need to own a blaster to play. Mostly you swing your phone around in the air so that you can line up your in-game sights on flying drones that you are targeting to shoot. It's an okay mini-game for what it is, just don't expect to spend hours playing it. The meat of the app is obviously the tie-in functionality for the new line of Nerf Laser Ops Pro blasters.

So far there are two blasters available on Hasbro's storefront, the one-handed AlphaPoint that's priced at $29 (which is also available in a two-pack for $44.99), and the larger two-handed DeltaBurst that's priced at $79.99. Both guns come with a built-in Bluetooth sensor that connects to the Nerf Laser Ops Pro app for seamless communication and tracking. You will find no need to wear a vest to play, as your laser damage sensor is built into the tip of each gun, and yes the positioning of that sensor was considered when taking into account people that will cheat by covering it up. It's supposedly placed in such a way that makes it difficult to reach and cover.

I have to say, taking the age-old gameplay from laser tag and sprucing it up for the modern day is intriguing. Now, I know there are plenty of other options out there, but it sounds like Nerf has a few interesting tricks up its sleeves by releasing an app that not only adds new mechanics to the fundamental laser tag gameplay but also includes an enjoyable mini-game for when you can't get a group of friends together. The pricing on the blasters isn't too egregious, and Nerf products tend to have reliable build quality. If you are looking for an updated version of laser tag that should work well for home play, the new Nerf Laser Ops Pro app and companion blasters sound like a perfect solution.