Many products and services these days rely on third-party platforms like Amazon's AWS and Google Cloud to work. After all, everything that can be turned into a subscription can be made into a business, and not everyone wants to run their own data centers or software platforms just to make an app. Unfortunately, when one of those big players runs into a problem, it hits a pretty wide audience. Just earlier this hour, Google Cloud ran into a bit of a snag, and that has trickled over into other products like Snapchat, Discord, Evernote, Pokemon Go, and many others, though it should be resolving.

Hi Jacob, the Support Team is posting updates about the Google Stackdriver issue on the Status Dashboard: https://t.co/ceYZ1ZNMeT. I recommend checking there for updates. -LC

According to the Status Dashboard, Google's Stackdriver, Cloud Networking, and App Engine services are affected by the outage. An update to the dashboard states as follows:

The issue with Google Stackdriver should be resolved for some users and we expect a full resolution in the near future. We will provide another status update by Tuesday, 2018-07-17 13:30 US/Pacific with current details. 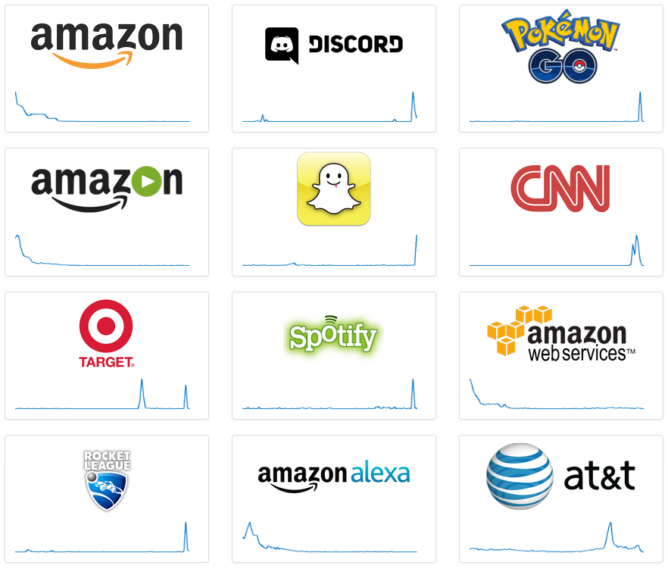 The enterprise support page for Google Cloud was also alleged to be down, so anyone seeking help at that level may have been out of luck. At the time of writing, a large spike in outages is present on Downdetector for multiple services, probably either a shared symptom of whatever problem Google is experiencing or a direct result of the outage. Reports are dwindling, though, so it's likely the error is either fixed or in the process of being resolved, as stated by Google.

Hopefully, things should be back to normal soon.

Looks like Google Cloud's hiccup has been almost totally resolved by now. Back to your regularly scheduled whatever-you-were-doing.

[Deal Alert] NVIDIA SHIELD Android TV on sale for $139 via Amazon, but not for long