With the vast selection of pre-existing, inexpensive Android phones, Android Go and its worse-spec'd ~$100 handsets were quickly dismissed by many. To be honest, I shared the attitude, but I wanted to give the concept a fair shake before I shrugged it off as another well-intended but misguided effort on Google's part. So I willingly gave up all my fun flagships—my Pixels, OnePluses, Essential, etc.—and spent one calendar-precise month as a digital monk on the mountain, using only my Android Go-powered Alcatel 1X.

What is Android Go?

First, please indulge me in a short bit of history. When Google announced it at last year's I/O, Android Go sounded like something that would bring much more affordable handsets to emerging markets, like the $30 phones Google CEO Sundar Pichai wanted. Even so, the first bits of doubt trickled in: Wasn't that what Android One was for? Some thought Android Go might be some kind of fork, and Google later gave it the drawn-out "Android Oreo (Go edition)" name to make it abundantly clear that wasn't the case (that's also the last time I'll write the tedious, rambling label in full). But the thing that confused us about Android Go the most was: Who is it for?

Ostensibly, Android Go's raison d'être was to provide OEMs a sub-GB RAM Android environment and data-saving tools, giving OEMs a way to make their hardware even cheaper in emerging markets, and developers the means to build apps for those data-constricted environments. But OEMs have long been making low-end handsets using Android, and companies like Xiaomi have turned that concept into their bread and butter in markets like India and China. Android Go even allows for phone makers to apply a skin to the OS, so it won't offer the advantages of a Google-controlled experience, as in the case of Android One.

Now that we've seen a few of these new Android Go phones land, this apparent discontinuity between purpose and price has been further amplified. The Nokia 1 costs between $75-100 depending on where you are, and Alcatel's 1X is $100. As many of our readers were quick to point out, that's about the same price as a Xiaomi Redmi 6A, which gives you twice the RAM, a bigger and better display, faster SoC, and full Android Oreo 8.1, all for about the same price.

Xiaomi, of course, doesn't sell its phones in the US yet—though we'd be very happy to see them start—but even stateside options like Moto's E5 Cruise are available basically for free, and they're still better than anything Android Go-powered in the country. Again, this all leaves us pretty confused. Who are these phones for?

A month on the mountain

This question consumed me in the lead-up to my time with the Alcatel 1X, and long before the review process started, I knew there wouldn't be time to fully answer it. So, against my own better judgment and the repeated pleas of my coworkers here at Android Police, I decided before I started that I would exclusively use the Alcatel 1X as my only personal phone for an entire month. Of course, covering software updates and apps might require that I occasionally grab a work phone to pull screens or fact check, but when I was off duty, on vacation, or out on the town, it would be the Alcatel 1X in my pocket—with no backup.

Android Go and a mere 1 GB of RAM would be responsible for my entire mobile-centric life for a whole month. I expected the worst from the experience, and I wasn't entirely disappointed. 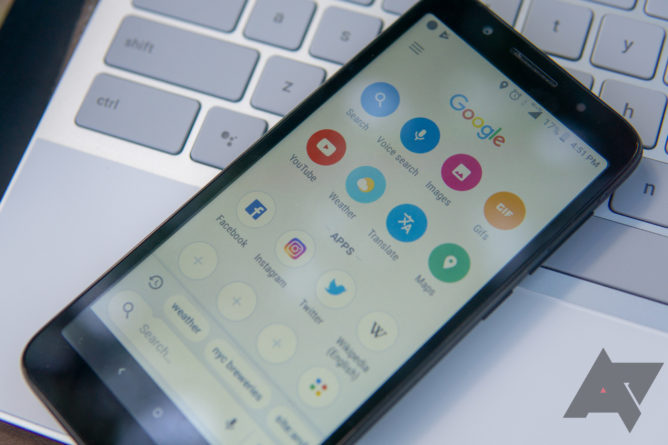 I didn't suffer any major catastrophes in the period I spent using it exclusively, but it was my only phone on two personal trips, and its shortcomings repeatedly drove me to apoplexy. It was explicitly incompatible with Android Auto, which meant more extensive planning and care had to go into my beer run to Burlington (a ~4-hour drive from Boston). The full version of Maps required for step-by-step directions eats quite a lot of the little free RAM left on a 1 GB device, and I was also concerned Spotify might be pushed out of memory mid-drive—as it once did while I had the app open on the subway. Thankfully, both were able to stay running the entire time.

It was a functional phone, but it wasn't good, and in a lot of ways it felt like stepping back in time to 2008-2010: That era when smartphones were only just starting to proliferate. I'd be in mid-conversation, and the subject of dinner, an event, or just a questioned fact would come up, and I knew in advance it wasn't something I'd be able to answer myself. I had to depend on the people around me and their much faster phones to look up hours or menus, because if I tried to handle things it would be a conversation-stopping, multi-minute event. At least battery life was good since I kept my phone in my pocket and out of my hands as much as possible.

The absurd latency to do things like launch the camera app when the screen is off pretty much guaranteed I would miss any time-sensitive photos on my family vacation. Thankfully for everyone, all the funny snapshots of my girlfriend's nibblings could be captured that much better on my DSLR anyway.

Whether due to the inadequate memory, Alcatel's changes, or Android Go itself, lag was a serious problem across the board. If I took a screenshot, frequently the notification for it being saved would occur long before Android's associated animation. And more than once I'd be in the middle of responding to a message via its notification, and the associated app would be killed mid-reply.

The worst part of the whole thing was that, by the end, I was used to the absurdities and delays it imposed on my life. Sometimes waiting 5-10 seconds to bring up the keyboard? 30 seconds for some apps to launch? Over a minute for Disqus to load comments on a post? It was all just a part of my new Android Go existence. And all this isn't even mentioning device-specific hardware inadequacies, like the terrible, low-resolution TN screen. (I should note, Rita didn't suffer as many issues in her time with the Nokia 1.)

Considering the Android Go phone I was using cost around $100, I was constantly thinking back on my Nextbit Robin, which could be picked up almost the same price last year, and which offers a better experience in every quantifiable way. You can even pick up a used iPhone SE—dated, for sure, but it's still getting updates—for about the same price.

Android Go phones are too expensive

After a month, I'm not dead, but I am angry. Based on my acquaintance with it, Android Go's current hardware and software offer a very limited experience that I wouldn't wish on anyone, and the ~$100 price associated with at least some of the more marketed handsets is far too much. OEMs have been able to make less expensive non-Go phones with better specs, and the virtual shelves of eBay and Swappa are lined with older but higher-end devices at the same price. If Android Go phones were able to hit Pichai's hypothetical $30 price point—or even twice that—I might feel differently. But with the examples being distributed so far, I just don't get it. 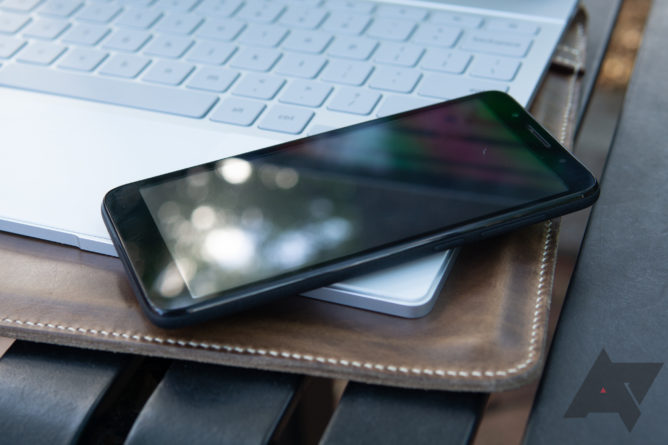 When Android Go was launched, the implication was that it would be used to bring affordable technology to more people in more places, but if anything, OEMs seem to be taking advantage of that perception to mislead. People who might not know better—and, worse, who know just enough to hurt themselves—might conflate it with Android One and assume the price is justified. And consumers in emerging markets might not be used to spec-based comparison shopping, making them more likely to pick up a locally-made Android Go device assuming good faith, and ultimately overlooking better and possibly less expensive phones like the Redmi 6A.

"Who is it for?" is something I still can't answer, even a month later. But a better question to be asking might just be, "What's the point of Android Go?" So far, I'm not sure if there is one.