There's a good amount of Google apps that have top-mounted search bars, and it looks like the YouTube app may be about to join the club. This latest YouTube test we've caught gives the home screen a bit of a makeover, with the revised top bar and larger thumbnails. 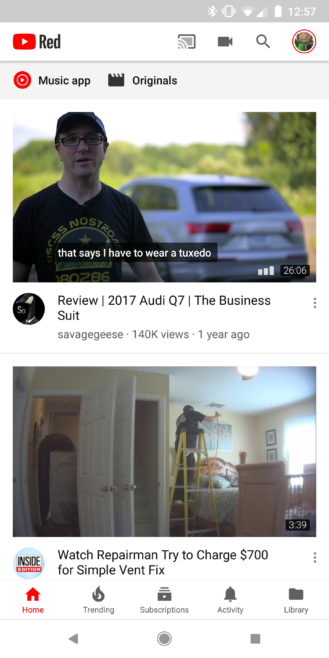 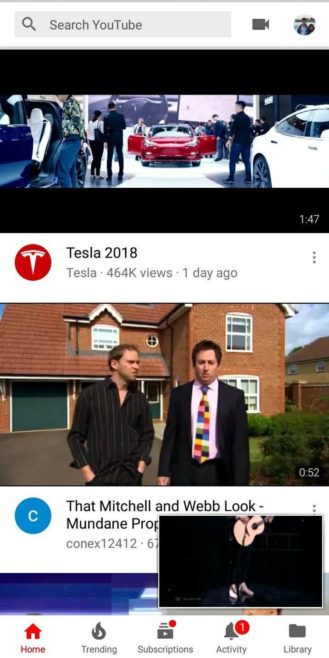 The most notable thing here is the top bar, which looks very different from the one most of us are still seeing. The search function, formerly restricted to a small icon, now spans about two-thirds of the top, which makes a lot more sense given how often we search something from there.

The video icon for uploads gets moved directly to the left of your avatar, and we're assuming that the Cast icon will go to the left of the video icon and eat a bit into the search bar's space when it appears. Additionally, the video thumbnails now go from edge to edge on the home screen, and presumably the Trending and Subscriptions pages as well. 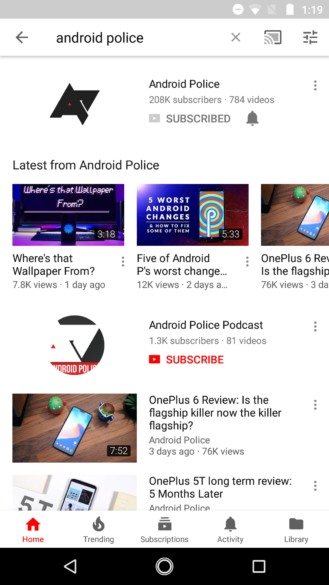 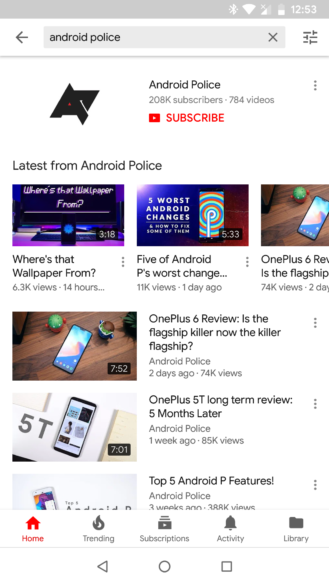 Lastly, the new search design carries over into searches. Here, the current search bar was already wide, but the test makes the UI look more organized. The text in the search bar does get a little smaller, but it's still perfectly visible.

Let us know if any of you are seeing this test. We're personally hoping that it arrives on all phones sooner than later, as it makes the YouTube app look a bit more modern.

The wider thumbnails are now rolling out to a lot more people. We can't verify this, but it seems like it's officially going out to everyone. 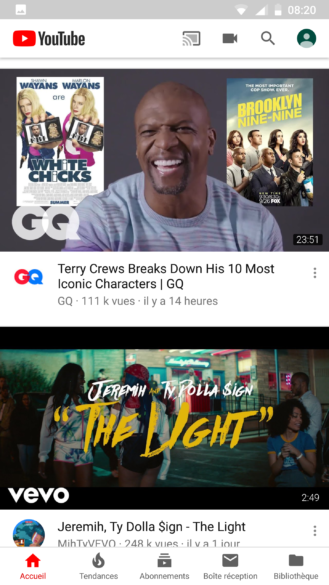 Personally, I don't mind the change, but I'd prefer if that updated search bar were included as well. Thanks to everyone who sent this in.