Ever wish you could use the YouTube app to watch a video without it showing up in your watch history or tainting your personal suggestions? Basically, Chrome's Incognito Mode, but for YouTube? Now you can. While it's been in testing for some months, Google is now rolling out Incognito Mode for YouTube widely, and it works just as you'd expect: nothing you watch goes into your search or viewing history, and you can easily pop in and out of Incognito viewing. Here's how to use it (and why you might want to).

What is YouTube Incognito Mode? Why should you use it?

Say you're handing your phone to a child, and that child (of course) is going to fall down a rabbit hole of kid-friendly videos that, under normal circumstances, would end up all over your recommendations for eternity. That's going to be annoying. Flip into Incognito Mode and you'll avoid that. If you're viewing videos on a shared account or YouTube page (for example, we have the Android Police YouTube channel), similar concerns arise.

Or, more likely: you're searching for a really basic video like "how to use a can opener" and you would die of embarrassment if anyone ever found out.

How to turn YouTube Incognito Mode on (and off)

Turning YouTube's Incognito Mode on in the YouTube app for Android is simple. Just open the app to the main page, tap your avatar in the upper right corner, and you'll get a list of items as shown below. 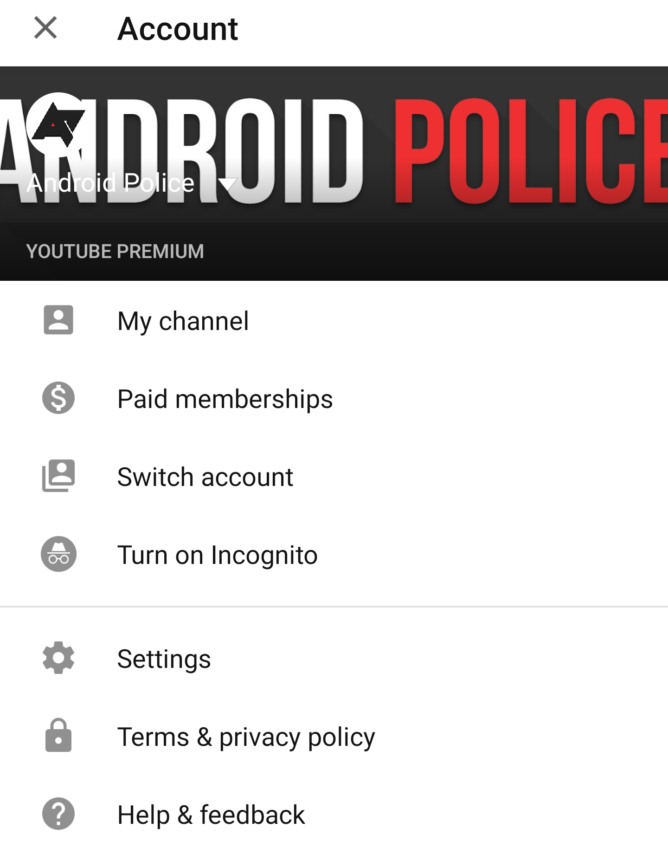 About halfway down you'll find "Turn on Incognito." Once you've done that, you're set - you'll hop back to the main feed and your avatar will be replaced by an Incognito icon, plus there'll be a tab at the bottom of the feed to let you know you're in Incognito Mode.

From there on, anything you watch or search for will not be associated with your YouTube account.

To turn Incognito off, just tap the avatar on the main page of the YouTube app, and the pop-over card below will appear at the bottom of the screen. Hit "Turn off Incognito" and you'll immediately be signed back into the last account you had active. Easy. 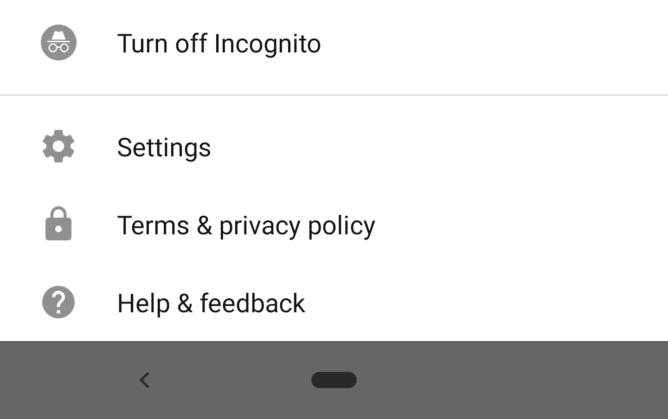 Google Maps now lets you quickly, and mindlessly, rate places from a notification