The Gboard team is hard at work building new features into its app, and the latest update demonstrates just how much effort has gone into it. A few additions are already visible, including spell check, a mini mode for the morse code keyboard, and an adaptive icon. Although, the spell check feature still seems to be disabled. Turning to a teardown, we can see development on Minis, which are basically a variant on Allo's Selfie Stickers. Gboard is always working toward a floating keyboard, more Make a GIF effects, and more. There are also a boatload of enhancements for many different languages. 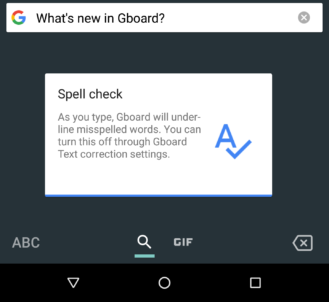 There have been complaints about broken spell check behavior for quite a while, so it's not too surprising to see that Gboard is coming around with a fix. According to the latest "what's new in Gboard" banner, this version will now underline misspellings in red, and it notes that this feature can be turned off.

Oddly, while I received this banner immediately after updating, spell check isn't actually working for me and there's no sign of a toggle in the text correction settings. However, I can confirm from a teardown that the text for the setting does exist, so it's likely this is just a temporary glitch that will likely fix itself within a few hours. 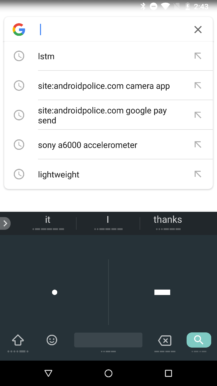 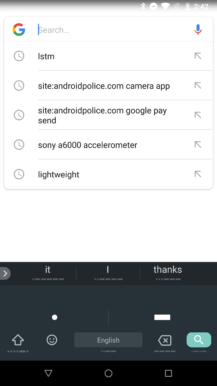 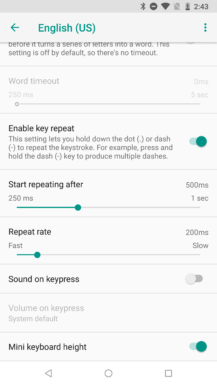 If you're a user of the morse code keyboard, you can now reclaim a bit of your screen thanks to a new mini keyboard option that cuts the height of the dot and dash buttons roughly in half.

To enable the mini keyboard, open up your language settings and tap on the morse code keyboard, then look for the toggle at the very bottom of the list.

Also on a visual note, the settings for the letter and word timeouts have been redesigned so the timeout sliders can be modified directly on the page. In the last version, you had to tap on one of the items to open a popup dialog box. 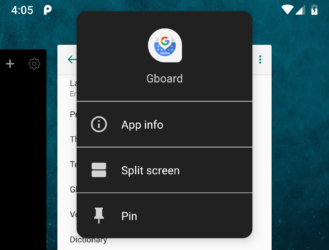 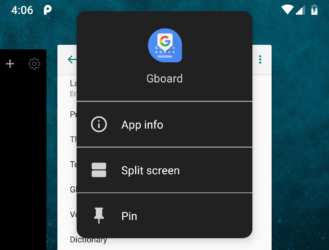 It seems like forever since we've talked about a Google app getting the upgrade to an adaptive icon, but it turns out a few apps still hadn't made the switch. Gboard is fashionably late to the party, but it's never a bad time to see fewer icons on the dinner plate (or the teardrop, as it were).

I would say this matters, but by some silly fluke of timing, it matters much less with this update. There happens to be a bug in the latest version of Gboard that automatically removes the icon from the launcher and app drawer. Yes, even if you have enabled the setting to show the launcher icon, it will remove itself within seconds of updating. The icon will obviously still be visible in the app list within Settings, overview screen, and everywhere else.

Floating keyboards aren't a new concept, we've seen quite a few developers implement them with their own keyboard apps. The ideal benefit is that they can allow the entire screen to be used for an app while giving you an on-screen keyboard that can be moved to anywhere that's not in the way. In practice, they're usually not very efficient, but they can be helpful in certain circumstances. Now it looks like Gboard is taking a crack at a floating keyboard.

Right now it looks like the implementation may still be in the works, so there probably won't be a launch until at least the next update, but this is something we'll keep an eye on.

We saw them in Allo and now they're coming to Gboard. Get ready for selfie stickers... err, Minis! Based on new text, the concept is basically the same, but the interface and some resources don't entirely match up with Allo's implementation, so there will be some changes here.

The setup will be the same. You'll use the selfie camera to take a picture of your face and Google will apply some clever processing to depict your face in a cartoon rendering. From here, you'll be able to further customize your Mini with an assortment of different options. Once you're done, Gboard will generate a sticker pack with your Mini depicted with different emotions and activities, and you can insert the stickers into any app that supports them. 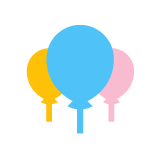 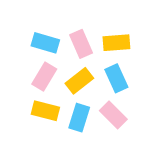 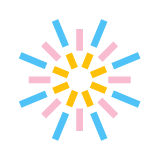 Fans of the Make A GIF feature can look forward to three more special effects, including: Balloons by Erik Carter, Confetti by Erik Carter, and Fireworks by Kimberley Margarita (Instagram).

Of course, we saw some similar additions last month, and all of them went live shortly after the teardown, so these will probably follow a similar pattern.

In the v7.3 Gboard update, some kind of dark theme was added, though it had no obvious effect. All it took to trigger the feature was switching on battery saver mode. The latest update adds slightly more detail with a summary that explains power can be saved on OLED screens. The logical implication is that battery saver mode will turn parts of the Gboard UI completely black, allowing those pixels to turn off completely.

In case you didn't know, sticker search is a language-restricted feature. Since it launched, only four languages had access. With the latest update, it looks like that list has exploded to include a total of 17 languages:

Each update to Gboard comes with support for a wide range of new languages, localizations, and variants. Here is a list of what appears to be new. (Sorry, some names and letters are lost during extraction.)

And finally, if you're typing Kana, there appear to be several new additions in this update.