Newton has been rolling out a lot of intelligent Gmail-esque features to its app, all to help you achieve that zen-like state of "Inbox Zero," or a complete and total sorting of all inbound emails. Now, Newton wants to ensure that outbound communications are also managed as responsibly as possible, so the company is introducing a feature called Recap, which is basically a more centrally-organized version of Gmail's Nudge. 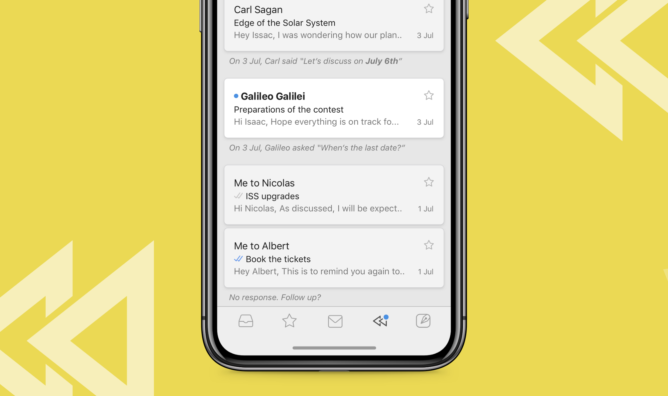 Each morning, a new Recap section will appear in the app showing items that might require follow-up attention—seemingly based (at least in part) on an analysis of their content, including mention of specific dates. If you act on the items in the list or ignore them for long enough, they'll go away on their own, and notifications for Recap items can be configured as well.

A lot of folks out there swear by the productive email workflow in Newton, preferring it even to the Gmail redesign. But, it does cost a lot more compared to Google's free service. Unfortunately for those looking to check it out for the first time, that price is also now increasing. Newton is raising its monthly fee to $9.99 and $99.99 a year—though current subscribers can keep whatever recurring price they signed up with so long as they stick to auto renewal.

An update with this new Recap feature rolled out on the 7th, so subscribers can download the update at their convenience (if they haven't already). Interested in checking it out? There's also a free 14-day trial.