The Nokia X6 may have been the first Nokia smartphone with a notched display under HMD Global, but if a leak today is any indicator, it won't be the last. In what Twitter leaker @OnLeaks is calling the Nokia 5.1 Plus, we see much of that X6 design language coming to what will presumably be a more affordable handset.

The Nokia 5.1 was announced at MWC, and it's one of HMD's more oddball MediaTek handsets, using the latter's Helio P18 processor. It's unclear what hardware will power this new notched "Plus" variant, but it will presumably offer more than the 5.5 inches of screen diagonal of the predecessor it allegedly shares a name with. 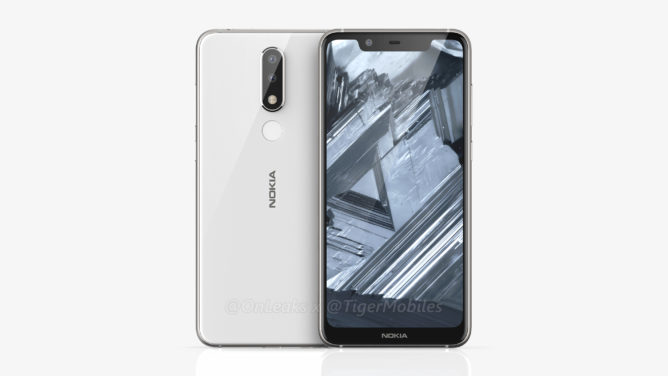 If these OnLeaks images are accurate, the 5.1 Plus will receive one major upgrade: USB-C. Yep: the Nokia 5.1 shipped with a microUSB port in 2018, so it's good to see this premium notched variant will be getting with the times. Aside from a headphone jack, rear-mounted fingerprint scanner, and dual cameras (the regular 5.1 has only one), there's not much else we can take away here. There is also the issue of the name - OnLeaks seems to be assuming this device will be called 5.1 Plus, but given the resemblance to the X6, I would bet X5 may be a strong contender as well.

The name's a pretty small thing, though. Given this handset will offer an Android One software experience and almost certainly be priced to sell, Nokia likely has another budget hit on its hands here - whenever it's announced.

With stock IPO, Xiaomi is now worth three times as much as LG