The 2016 Pixel was a great little phone, and it's still a solid device in the middle of 2018. The camera is one of the best you can get, the screen is decent, and it has a headphone jack. The problem is finding a good deal on it. B&H has this phone on sale currently, and while the price is a bit higher than some other deals, these are not refurbs. 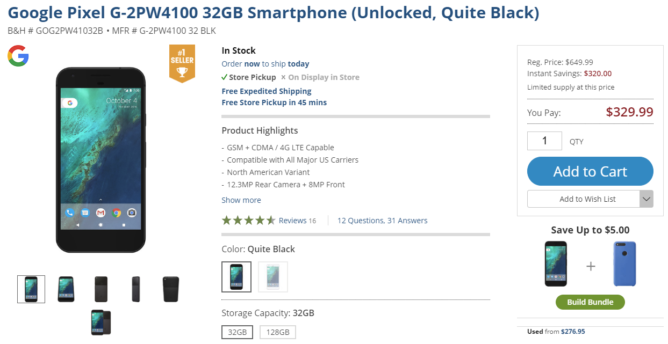 To recap, the 2016 Pixel launched with Android Nougat and has since been updated to Oreo. It's guaranteed system updates through later this year. That means you'll get Android P on this phone. You could buy newer phones for $300-400, but they won't get Android P as quickly, and the camera will almost certainly be worse.