Towards the end of last year, Netflix raised its prices in the US, with the most expensive option (Ultra HD, 4 screens) increasing from $11.99 to $13.99. In Europe, that top tier costs €13.99 (£9.99 in the UK). Thankfully, it doesn't look like Netflix is planning to hike its current subscription prices any further, but a new even higher tier could be on the way.

According to TuttoAndroid, users in Italy have noticed a new 'Ultra' plan costing an additional €3. The only discernible difference is the inclusion of HDR support. That seems like a lot of money for no extra screens or other perks, but for the moment this is just a test to see what people make of the new model. 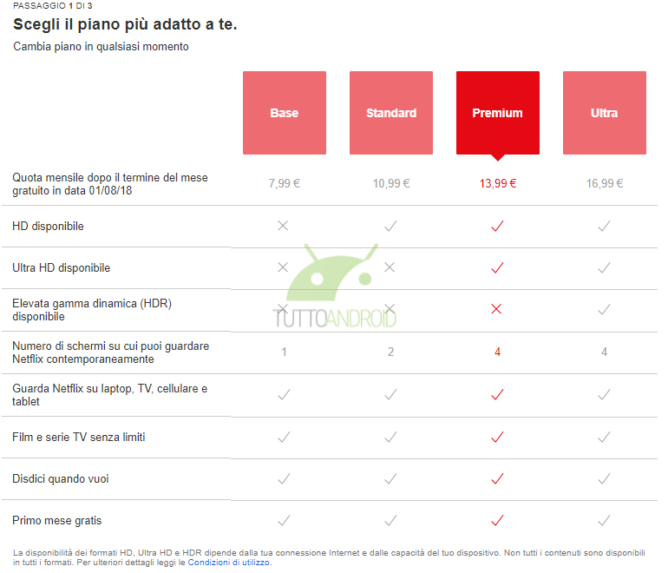 In a statement given to CNET, a Netflix spokesperson said that they "continuously test new things at Netflix and these tests typically vary in length of time. In this case, we are testing slightly different price points and features to better understand how consumers value Netflix."

The test shows different things to different people. In a move that would surely cause anger, some users noted that the Premium plan's number of screens had been reduced to just two. Time will tell whether Netflix decides to make any official changes to its pricing structure and roll them more widely. I can only hope the Premium plan I'm already paying for won't be affected.