Google Duo's saga with multi-device support is nearing its end. Just as the US celebrates its independence, our beloved video chatting app is getting its own sovereignty from the shackles of single-device support and spreading its wings to land on as many phones and tablets as you want — with just as many caveats as you can imagine.

If you've already signed up for Duo on one of your phones, opening the app now might (server-side) show you a pop-up screen that explains you can now use your Google account to sign in to Duo on other devices. After you agree to that, you can pick up any other phone (or tablet, we'll get to that) and download Duo. If that same Google account is already present on the device, Duo will skip showing you the customary phone number sign-up and will display a "Sign in with your Google Account" page instead. All you have to do is agree to that and you're using Duo on two devices. 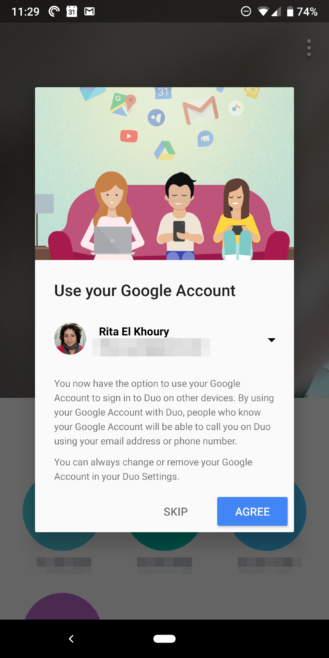 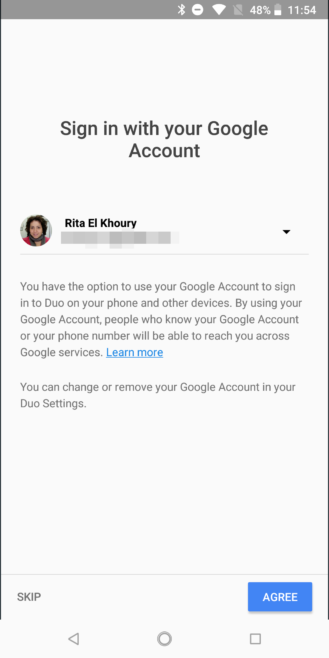 There's one small difference to note in the settings of your primary Duo device and the secondary ones. The former only has the option to delete the Duo account, while the latter lets you sign out of Duo so you can change accounts or log in with another phone number. 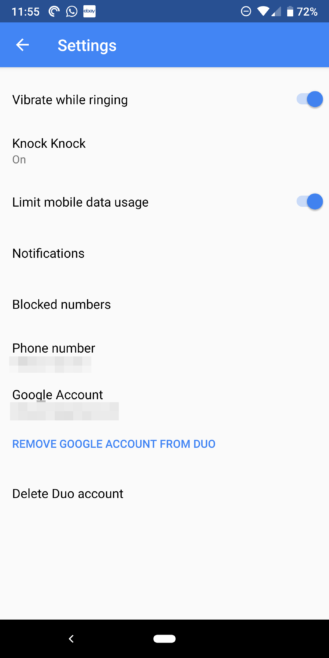 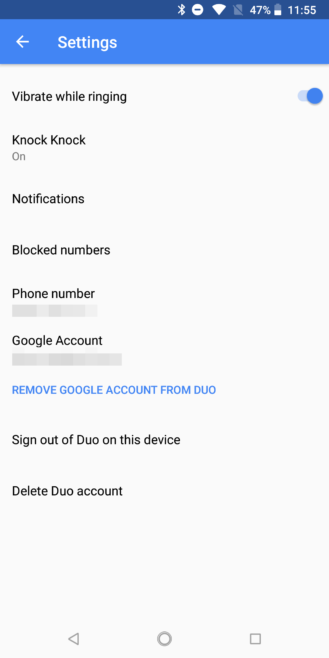 The multi-device support isn't limited to phones. Tablets are now officially welcomed (Duo worked on them before, but you had to sideload the APK) so you can find the app and install it directly from the Play Store. This makes it easier to get updates too. The sign-in process is the same as with secondary devices: you use your Google account. 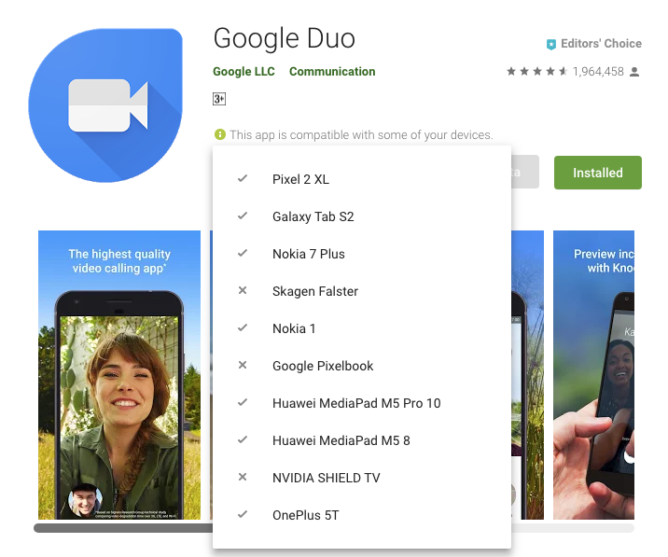 As I mentioned earlier, there are still some caveats with this multi-device support:

Duo is clearly still relying on your phone number as your identification, with the email address only acting as a means to copy that account to other devices. I personally prefer relying on phone numbers because when I want to reach out to someone, odds are I already have their number and not their email address. Plus, less tech-inclined users find numbers easier than email for setup and use (my parents and in-laws were super quick to understand that, having used WhatsApp for years). But I wouldn't say no if both options were available, as many of you prefer.

Multi-device support is slowly rolling out as a server-side change. The pop-up on my primary device and sign-in page on my secondary one showed up on v36.1 of Google Duo, but a third device with the same version still wants me to log in with a phone number. Your odds of getting it are probably better if you're on Duo 36.1. You can grab it from the Play Store or from APK Mirror.

Google upgrades Maps traffic layer for 6 countries, but downgrades speed limits in 7 others